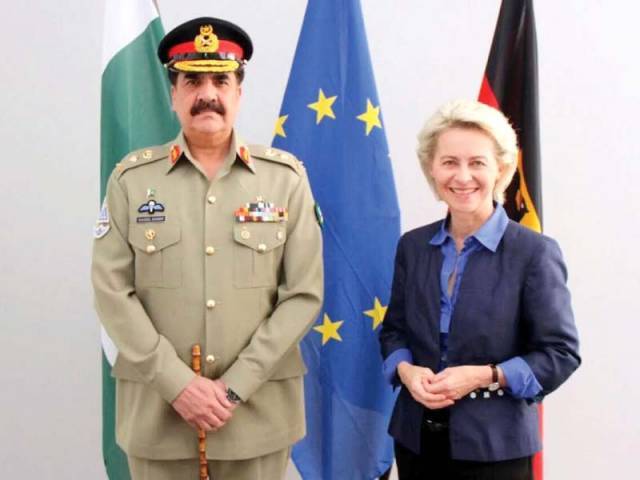 ISLAMABAD: Germany’s military brass has acknowledged Pakistan Army’s accomplishments in the war against terrorism and showed interest in learning from Pakistani military’s experience.

The acknowledgment came in a meeting between Chief of Army Staff (COAS) General Raheel Sharif and German military leaders on Monday at the German defence ministry.

Gen Raheel is in Berlin on a two-day official trip to meet military and political leadership. He will also travel to Czech Republic on a day-long visit.

On arrival at the German defence ministry in Berlin, the army chief was presented a guard of honour while the German army chief accompanied him, according to the Inter-Services Public Relations (ISPR).