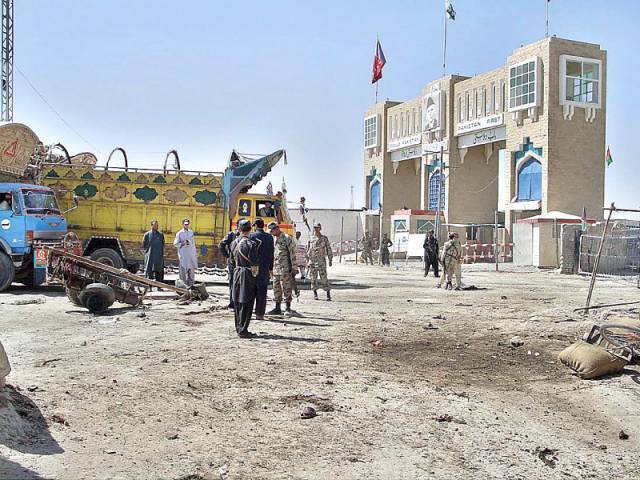 ISLAMABAD: After about three years of constant efforts, Pakistan has ultimately completed the construction of a massive trench in Balochistan alongside its porous border with Afghanistan to keep separatists, smugglers and militants from sneaking into the country.

The strategic project of 1,100-kilometre-long trench with the cost of Rs14 billion was initiated along Pak-Afghan border in Balochistan by Frontier Corps in 2013.

The 11-foot-deep and 14-foot-wide ditch on the entire stretch of the border is contributing in efforts by the security forces to have a proper border management, an official of the provincial Home Department said.

In the next phase, the project will be extended to the entire over 2,400-kilometre-long border and after its completion, travel between the two countries will only be allowed through officially-designated crossing points.

The FC, at the beginning of the project, had maintained that the trench would “not only help in effectively controlling the movement of drugs, arms and ammunition smugglers but will also help in stopping the intrusion of terrorists and illegal immigrants”.

“Proper management on all of our international borders is an essential need for a peaceful Pakistan,” Balochistan government’s spokesperson Anwaar-ul-Haq Kakar said. “In accordance with our laws, we are making our efforts to discipline cross-border travelling with Afghanistan and other countries.”

He went on to say, “No one has the right of objection if Pakistan is enforcing a proper management on its border regions.”

The spokesperson is of the view that the proper border management on the Pakistani borders is also in the interest of the neighbouring countries.

“The border management will contribute to strengthen our system to check the intrusion of Indian-sponsored Baloch insurgents and Indian spies in Balochistan,” he added.

“It is an undeniable fact that a loose control on the porous borders in the past had allowed several hundred illegal immigrants to enter into Balochistan and now same elements are threatening the law and order situation in the province,” Kakar said.

Commenting on the construction of deep ditch last year, former ambassador to Afghanistan Rustam Shah Mohmand had said the project might have blessings of the United States.

In November 2012, a senior diplomat said that the US recognised the Durand Line as an international border. “If the government in Kabul has other interpretation, that’s certainly their business,” Richard E Hoagland, US deputy chief of mission in Pakistan, had said at a media discussion.

Pakistan for the first time announced in 2005 that it had plans to build a 2,400-kilometre fence along its border with Afghanistan to check armed militants and drug smugglers slipping between the two countries.

Former president General (retd) Pervez Musharraf had subsequently offered to mine the border as well but the idea could not materialise till 2009 due to an objection by Afghanistan. The opposition by Kabul was based on an argument that the plan would undermine its stand on the Durand Line.

However, Pakistan along with US and Afghanistan jointly executed the project of fencing the 35-kliometre of border area when during 2010-11 the incursion by militants was on its peak.

The project was discontinued as both Washington and Kabul backed out of it due to unknown reasons.