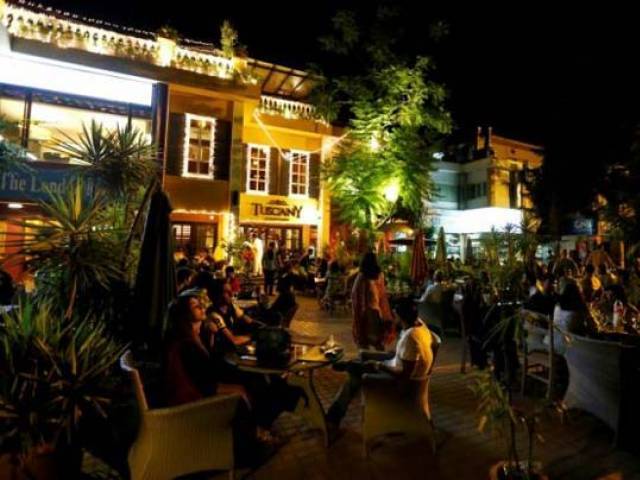 But for Ali Saigol, co-founder of a private equity firm, convincing foreign investors to overlook the country’s violent past and bet on its economy remains a hard sell. He said pitches often encountered thesame problem: Pakistan’s image.

After a turbulent decade in which militants staged frequent gun and bomb attacks on cities, some investors still refuse to visit Pakistan and insist on meeting Saigol in Dubai.

“Most people have never been to Pakistan. It’s a huge problem,” said Saigol, sipping a cappuccino in an upscale cafe in Islamabad, Pakistan’s leafy, affluent capital.

“When people visit Pakistan, they see it’s actually opposite of what they expect.”

Saigol’s frustration goes to the heart of Pakistan’s struggle to attract foreign investment and boost economic growth from 4.7 per cent towards above 6 per cent, the minimum level experts say is needed to absorb new entrants into the job market in a nation of 190 million people.

Pakistan’s $250 billion economy is growing at the fastest pace in eight years but only attracted $1 billion in foreign direct investment (FDI) in the nine months to April. FDI inflows into Indonesia, by comparison, hit $29 billion last year.

Many businesses in Pakistan have flourished since 2014, when a military offensive against militant groups improved security.

Violence is down overall, although deadly attacks are not uncommon. In late March, more than 60 mostly women and children were killed by a suicide bomber in Lahore.

In major cities, car sales are rising and shopping malls are sprouting to cater for an expanding middle class.

The progress is in stark contrast to economic instability during the past decade, when the stock market collapsed and Pakistani Taliban militants held territory 100km from Islamabad.

The militants have since been contained in small pockets in mountainous areas near the Afghan border and the country’s stock market is Asia’s best performing index in 2016.

“Perceptions change with a lag. Our reality has changed, but it takes a little while for investors to realize that,” said Miftah Ismail, an adviser to the prime minister tasked with bringing foreign investment into Pakistan.

Ismail said he had expected more money to flow from abroad by now, and concedes investors need convincing that Pakistan “will not revert to type” by running large deficits and facing foreign exchange crises.

Investors will also have to be convinced that political risks are easing in a nuclear-armed nation surrounded by countries with whom it has unstable relations, including arch-foe India.

Yet there are tentative signs foreign companies are eyeing Pakistan’s fast-growing consumer market.

Carmakers Renault-Nissan are considering a plant in Pakistan, and Suzuki, which already has a presence, said it may invest $460 million for a new factory.

“It’s a massive consumer market and the economic indicators are flashing green for many international companies,” he said.

Pakistan’s interest rates are at 42-year lows, inflation has been tamed at about 3 per cent, the currency is stable and foreign exchange reserves have jumped to all-time highs.

The economy is also expected to receive a shot in the arm from the China-Pakistan Economic Corridor (CPEC), a $46 billion roads and energy project.

Much of the money is earmarked for power stations to ease chronic electricity shortages which hobble business and investment.

Prime Minister Nawaz Sharif’s government is so confident about the economy that it plans to end the IMF’s $6.7 billion financial assistance program in September. Analysts say this could prove a risky move if oil prices spike.

In Karachi, the business community hopes MSCI’s upgrade of Pakistan will herald a return of foreign investors who fled in anger in 2008 when the bourse imposed a floor and trapped them in a collapsing market for three months.

Pakistan’s main benchmark index has risen more than 500 per cent since the start of 2009, but is still considered cheap by some, trading at multiples below other emerging markets due to political and security risks associated with Pakistan.

“They say they have never seen a country or an economy the size of Pakistan with so little coverage, so under the radar.”