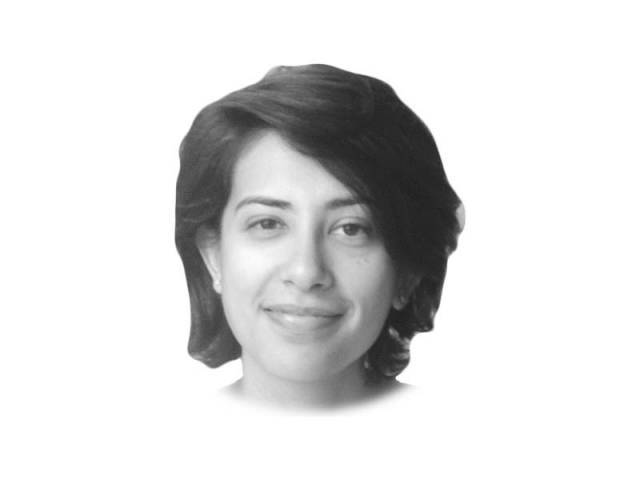 It is now well recognised the world over that violence against women, of which domestic violence comprises the largest proportion, is beyond just a violation of a fundamental human right. It is also a public heath risk of grave proportions. Legislation is just the first step to help curb the injustice. Anyone would think so, except perhaps in Pakistan, where it seems nothing should be taken for granted.

The raison d’etat of a democratically-elected House is to legislate on behalf of the people. And that is precisely what the Punjab Assembly did when it tried to pass the Protection of Women Against Violence law. Women legislators in the provincial assembly from differing political parties showed seasoned foresight and unity, some in defiance of the male co-legislators of their parties, in recognising the need for this government-initiated law in a country where 70-90 per cent of women face domestic violence at least once in their lives. There were 175 members of the House who abstained from voting, mostly male legislators, perhaps afraid of shaking the status quo.

The unanimous passage of the law in the provincial assembly received extreme reactions from all quarters. And what reactions a pro-woman law attracts! The Council of Islamic Ideology (CII), unsurprisingly, declared the legislation to be against the tenets of sharia. A parliamentarian of a religious party has gone so far as to say that equality between men and women is a Western concept and does not apply in Pakistan. At the other end of the spectrum, we have also seen rights-based groups dismissing the law for not going far enough to penalise the criminal. A celebration of the law, they say, is an acceptance of a flawed attempt to protect women in Punjab. And these are only some of the voices we can hear.

The religious right wing feels that the law encourages the break-up of the family home, is not Islamic, and amounts to Westernisation of a traditional society. So the CII, in a stroke of ‘genius’, attempted to put up its own recommendations for a bill to protect women of Pakistan. And in the name of protection, it asserts that husbands are allowed to lightly beat their wives. Maybe the clerics making up the CII misunderstood the brief. Perhaps, they thought it was a bill on various ways to suppress Pakistani women, not protect them.

On a serious note, there is a case for the Punjab domestic violence law to be revisited. The law is one that combines mainly preventive measures with penal deterrents, identifying domestic violence under civil law. Under civil law, the matter remains between the individuals concerned and does not involve the state. This requires the victim to initiate the claim. Perhaps, this is the biggest failure of this legislation: it does not recognise violence as a crime. But it is important to look at how bringing the offence under civil law would be like. It would mean that in a court of law, the burden of proof on the person bringing the charges is less than it would be if domestic violence were labelled under the ambit of criminal law. It was perhaps the intention of the draftsmen to bring the legislation under civil law, seeing that the prevailing domestic violence acts covered under criminal law in two other provinces have not seen a single case being brought before the courts.

Another flaw is the potential prison term for false claims brought against defendants. The fact that the case has to be proved in a court of law should be enough to ensure that the due process of law is followed. This section is detrimental to the very people that the legislation is attempting to protect.

The legislation rightly defines domestic violence beyond physical injury to include sexual violence, psychological and economic abuse, stalking and cybercrime. The definitions could have gone further, particularly when it comes to psychological abuse but giving a clear-cut definition of domestic violence is a step forward. The great part is that architects of this law have recognised that the real mechanism of identifying and supporting a victim is at the grassroots level through protection committees and officers. Attempts have been sought to systemise and create mechanisms to address violence. Surely, a welcome sign.

In my next article, I will examine the more controversial elements of the legislation. But right now, let us appreciate that the members of a democratically-elected House tried to perform their duty to protect the people who elected them.