26% of govern­ment school­s do not have portab­le water facili­ties
By Our Correspondent
Published: June 16, 2016
Tweet Email 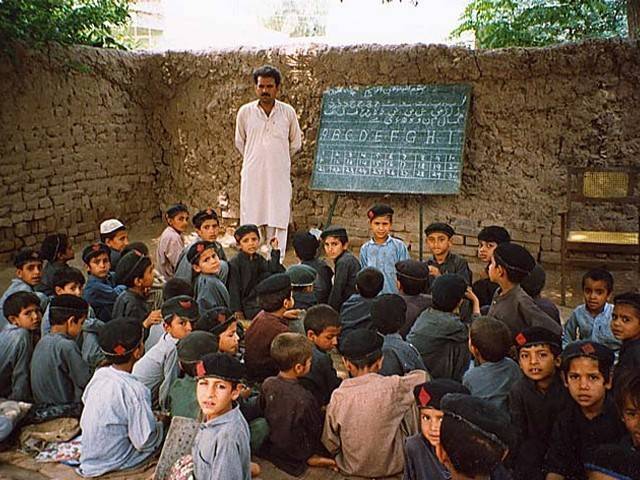 UN committee has asked why the RTE bills in Khyber-Pakhtunkhwa and Gilgit-Baltistan were pending. PHOTO: FILE

PESHAWAR: Education experts believe Rs8 billion will not be sufficient to provide missing facilities at government schools. The amount has been allocated for the province in the 2016-17 budget.

“[The amount] will not even [help in putting] furniture at schools,” education budget expert Malik Masood told The Express Tribune.  He said the province has around 28,000 schools and most of them lack facilities.

However, the government has taken positive steps by increasing the repair and maintenance budget and this allocation trend will gradually improve education infrastructure, he added. “We need revolutionary changes in the allocations. We have to cut down all other sectors’ budgets to invest in education as much as possible. He also stressed on extensive policy changes.

According to a K-P Independent Monitoring Unit May, 2016 report, 26% of government schools do not have portable water facilities, while 10% have no boundary walls, despite the sensitive law and order situation.

Besides, 11% schools have no toilets and 34% have no electricity connections.