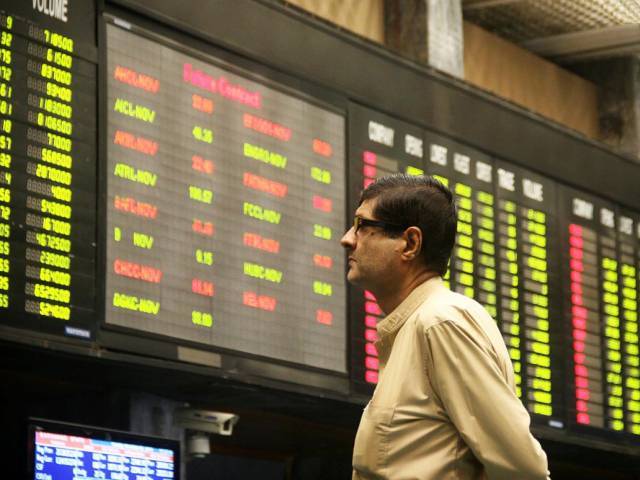 KARACHI: KSE-100 Share Index surged 2.58% on Wednesday following an overnight announcement by MSCI about the country’s upgrade from frontier to emerging market status.

In the early hours of Wednesday, global index provider MSCI announced that its Pakistan Index will be reclassified to the Emerging Markets status.

“The jovial mood following this re-rating event is expected to reflect in market performance today,” according to Intermarket Securities, a brokerage house.

According to Bloomberg News, the KSE 100-Share Index has already gained 15% this year, making it the best performer in Asia.

In a positive development, MSCI said its Pakistan Index will be reclassified to the Emerging Markets status, coinciding with the May 2017 Semi-Annual Index Review.

MSCI is a leading provider of international investment decision support tools. Its decision is to upgrade the country from the Frontier Markets status is expected to generate inflows of global portfolio investment amounting to $475 million by the middle of 2017, according to EFG Hermes, an Egypt-based investment bank.

Global institutional investors use different MSCI indices – such as frontier, emerging, China and US markets – to create balanced portfolios to generate maximum returns while keeping in view their overall risk appetite.

MSCI communicates its conclusions, based on discussions with the international investment community, on a list of markets under review every June. MSCI announced last year that Pakistan was on its list for possible reclassification in view of improvements in transparency and liquidity.

Pakistan was part of the MSCI EM Index between 1994 and 2008. However, the temporary closure of the Pakistan Stock Exchange in 2008 led MSCI to remove it from the index and classify it as a “standalone country index”. MSCI made Pakistan a part of the Frontier Markets Index in May 2009 and it has remained as such since then.

Although the actual reclassification of the index will follow next year, global investors tend to start factoring in the reclassification ahead of the actual change, which prompts massive inflows of global funds in the case of a favourable decision.

Pakistan’s weight in MSCI Frontier Markets Index is about 9% with as many as 16 companies. Its weight in the MSCI Emerging Markets Index will be smaller in percentage terms though. But the reclassification will bring in bigger foreign inflows in absolute terms, as emerging markets attract far more funds than frontier markets.

Assets of more than $9.5 trillion are estimated to be benchmarked to MSCI indices worldwide. According to Next Capital CEO Najam Ali, most frontier market funds will continue their investment in Pakistan even after its reclassification as an emerging market as long as the improving macro theme remains intact.