The federa­l govern­ment will give the provin­ce Rs5 billio­n on accoun­t of the war on terror­
By News Desk
Published: June 14, 2016
Tweet Email 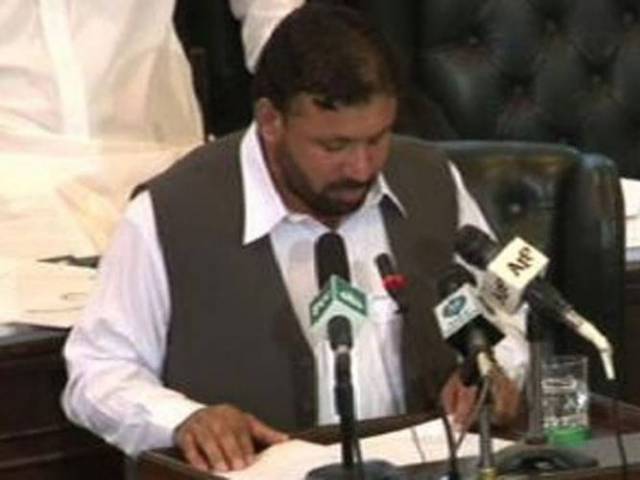 The federal government will give the province Rs5 billion on account of the war on terror. PHOTO: RADIO PAKISTAN

A budget with total outlay of Rs505 billion for the fiscal year 2016-17 was announced in Khyber-Pakhtunkhwa (K-P) Assembly on Tuesday, Radio Pakistan reported.

K-P Finance Minister Muzaffar Said Advocate while presenting the budget said that the province will receive Rs293 billion from the federal divisible pool.

The amount, this year, is said to be 17% higher than what was received in the outgoing fiscal year.

The federal government, on the other hand, will also give the province Rs5 billion on account of the war on terror.

Another Rs19 billion will be received as net-profit hydel power generation and Rs17 billion for royalty of oil and gas.