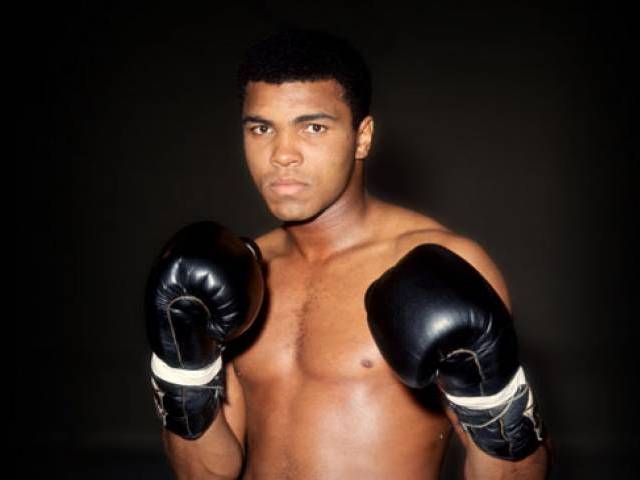 A woman claiming to be a former girlfriend of legendary boxer Muhammad Ali, who was laid to rest last week, is trying to cash in on the heavyweight’s death by offering tapes of him at ‘sex parties’.

Barbara Mensah wants a six-figure sum for the footage she claims was shot at “gumbo parties” arranged after Ali’s boxing fights. Muhammad Ali with Barbara Mensah in the 70s. PHOTO: THE DAILY MIRROR

“I know the value of the footage. No one has anything like this. I’d like to get as much as I can for it,” The Daily Mirror quoted Mensah as saying just two days after The Greatest was buried at a funeral attended by world leaders and celebrities.

“There would be Ali and a few of his guys and then about a dozen or more girls. All of them were stunning. Muhammad couldn’t keep away from a pretty girl whether he was married or not,” the women reportedly said.

“The tapes show them having sex. They used to call them gumbo parties – it was a mix of everything.” The 70-year-old woman, who alleges her daughter Kiiursti is the lovechild of the three-time world heavyweight champion, is looking for over $100,000 for the footage.

35-year-old Kiiursti, who looks remarkably like the ex-world heavyweight champ, is said to be the result of a 20-year affair Mensah had with Ali in his heyday.

She claims a 1988 paternity test proved Kiiursti is his child, although Ali is not named on her birth certificate. Mensah claims the tapes were ­entrusted to her by one of Ali’s closest confidants. “Ali always referred to me as his wife with great respect and not as a hidden affair,” she said, while referring to the legendary boxer.

The woman also claims to have written a “blockbuster” book about her life with Ali, which eight publishers are competing for.

The 74-year-old boxing great had suffered the nervous wasting disease Parkinson’s for at least 32 years and died on June 3 from septic shock after being rushed to hospital in Phoenix, Arizona, with breathing problems.

This article originally appeared on The Daily Mirror.

Afridi, Shehzad join hands once again. This time for a good cause