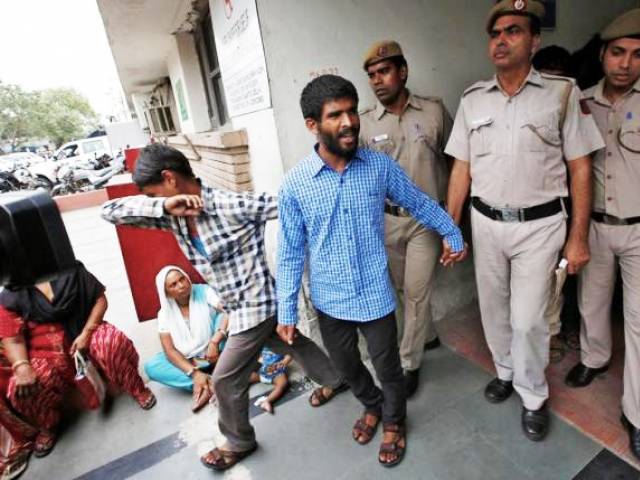 Policemen escort men convicted for the gang rape of a Danish woman, at a court in New Delhi, India, June 9, 2016. PHOTO: REUTERS

NEW DELHI: Five Indian men were sentenced to life in prison on Friday for raping a Danish tourist in the heart of New Delhi’s tourist district in 2014, in a case that reignited worries about sexual violence against women in India.

The men, all in their twenties, were found guilty by a Delhi court on Monday for robbing and raping the 52-year old Dane at a secluded spot close to New Delhi railway station.

Five convicted of gang-rape of Danish tourist in New Delhi

“All the five convicts have been sentenced to rigorous life imprisonment for their offences,” additional public prosecutor Atul Shrivastava, told Reuters at the court.

The Dane was walking through an area of narrow lanes near Delhi’s Paharganj district, a tourist area packed with backpacker hotels, on the evening of January 14, 2014, when she asked a group of men for directions to her hotel.

The men then lured the woman to an area near New Delhi railway station where they raped her and robbed her at knife-point, the prosecution said in its chargesheet.

India was shaken into deep soul-searching about entrenched violence against women after the fatal gang-rape in December 2012 of a female student on a bus in New Delhi.

The crime, which sent thousands of Indians onto the streets in protest against what many saw as the failure of authorities to protect women, encouraged the government to enact tougher jail sentences for rapists.

Police accused nine men of attacking the Danish woman in 2014. Three are juveniles being tried in a separate court while a fourth died during the trial.