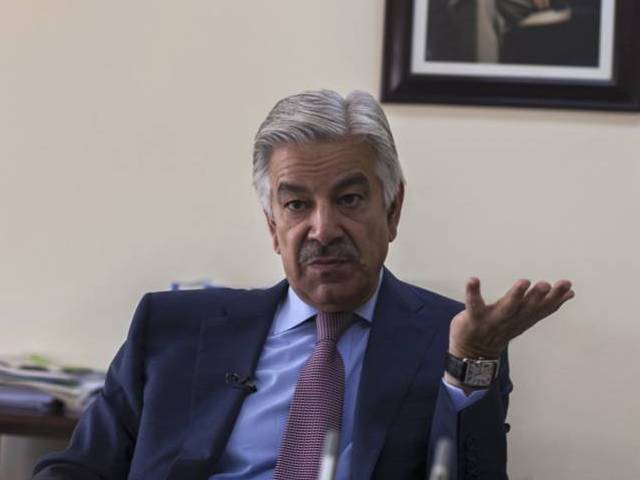 ISLAMABAD / KARACHI: The opposition staged a walkout from the National Assembly on Thursday after the defence minister refused to name Shireen Mazari in his apology letter addressed to the speaker. Khawaja Asif had passed insulting comments against the PTI chief whip on Wednesday, infuriating the opposition lawmakers.

The controversy continued for the second day running with both sides refusing to back down from their positions. The opposition rejected the letter sent to the speaker by Defence Minister Khawaja Asif, saying the apology should have been addressed to Mazari instead.

“Khawaja Asif targeted me and should have tendered an apology by name,” Mazari said, as she announced the apology was neither acceptable to her party nor the opposition. Asif, in turn, said he had tendered the apology over his excessive behaviour and insisted he did not mention any name because he did not take any name in the first place. “I will apologise a 100 times if I had mentioned any names [earlier],” he said while asking the speaker to check it from the recordings.

While NA Speaker Ayaz Sadiq tried to coax Mazari to accept the “unnamed” apology, Finance Minister Ishaq Dar tried to convince Asif to mention the PTI lawmaker’s name and end the controversy. But their efforts fell on deaf ears.

The issue also triggered a new debate in parliament with the opposition rejecting ‘sexism’ and the government accusing the opposition of taking ‘refuge’ behind genders.

PPP’s Nafisa Shah also took exception to Asif’s comments. “Sexism is unacceptable,” she said, asking the minister to seek an apology from Mazari for using derogatory terms for her. “He [Asif] has not only hurt her [Mazari] but all of us,” Nafisa said. “The minister should have apologised to all the women in the house.”

Asif, however, stood his ground. “We preach gender equality but lose no opportunity to take refuge behind a particular gender,” he claimed, adding “heckling is a part of the parliamentary culture and does not involve genders”.

When Speaker Ayaz Sadiq read out the defence minister’s letter, PPP’s Shazia Marri asked him to also read out the privilege motion moved by Mazari and let the house decide the matter. “This is not the minister’s darbar that you are reading out his letter [only],” she pointed out.

Female lawmakers of the opposition parties also boycotted the meeting of the Women’s Parliamentarian Caucus that was to discuss the situation arising out of Asif’s remarks.

Female parliamentarians from the government side have abstained from condemning the remarks or protesting against it, unlike some previous episodes.

PML-N’s Shaista Pervaiz is the caucus convener and had called a meeting to discuss Asif’s remarks. She told the media the meeting was summoned to avoid such issues in the future. The female members from the opposition parties, however, boycotted the meeting, alleging the “women from the government side were not supportive”.

In Karachi, the PTI women’s wing announced nationwide protests if the defence minister does not apologise to Mazari on the floor of parliament within 72 hours.

PTI Sindh women’s wing President Zunaira Malik along with Senior Vice-President Shaheen Shaikh and Karachi President Saima Nadeem announced this at Insaf House on Thursday. Zunaira condemned the use of ‘foul language’ against Mazari and the bias shown by the speaker for not taking any action against Asif.