Sindh CM Qaim Ali Shah had termed it a ‘wrong preced­ent’ set by the MQM
By Our Correspondent
Published: June 9, 2016
Tweet Email 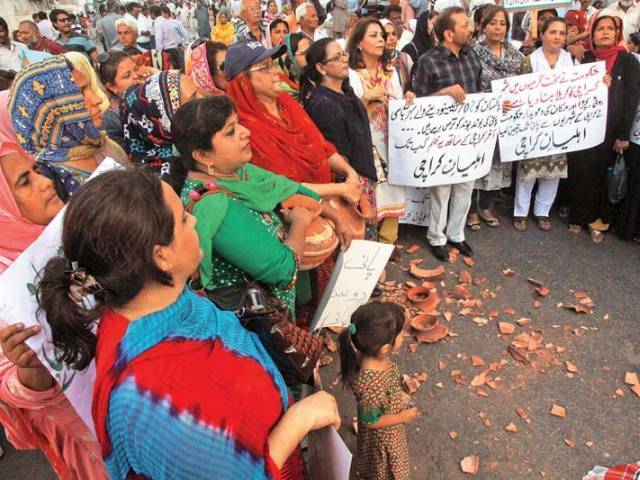 KARACHI: Police have registered a case against over 500 workers including a dozen Muttahida Qaumi Movement (MQM) leaders for staging on June 5 a protest outside Sindh Chief Minister House.

It accused the MQM of interfering in government work, disrupting law and order situation and blocking the road during protest over water crisis.

The MQM activists and supporters led by MQM’s central leaders on Sunday scaled containers and pushed aside barricades to reach the Chief Minister House, where they held a sit-in to protest over water scarcity in the city.

Sindh CM Qaim Ali Shah had termed it a ‘wrong precedent’ set by the MQM.