This is the second time in a month the applic­ation caused inconv­enienc­e to users
By News Desk
Published: June 8, 2016
Tweet Email 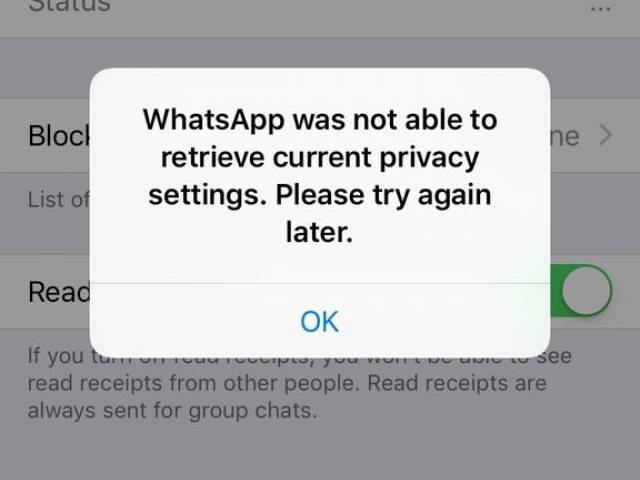 This was the second time within a month the application went down.

Why @WhatsApp gets down so frequently in #Pakistan and there is no word from @WhatsApp or authorities.

Third time whatsap is down in Pakistan! #WhatsApp #whydoyoudothis

Earlier on May 18, thousands of users across the country were unable to connect to WhatsApp on both Android and iOS.

People were unable to respond to existing chats, start new ones or use the messaging app’s WhatsApp web service.

When an existing chat was opened, the name of the person or group was replaced with a spinning wheel and the word ‘connecting.’

While attempting to use change the privacy settings, the service generated an error message that said: “WhatsApp was not able to retrieve current privacy settings. Please try again later.”