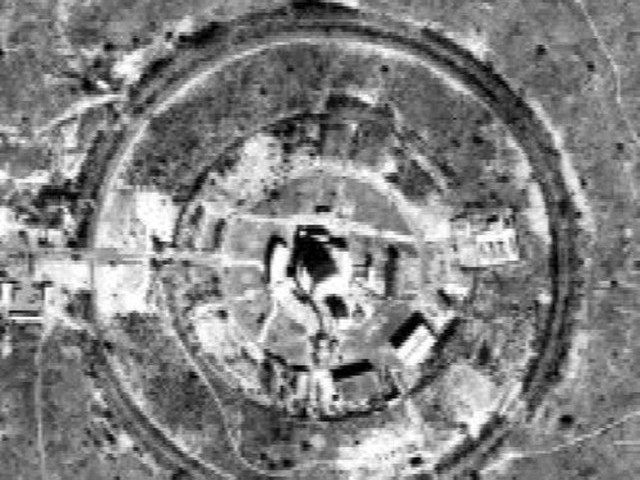 Pakistan’s nuclear arsenal now totals over 100 deployed weapons, a doubling of its stockpile over the past several years, The Washington Post reports.

Experts say that after years of approximate weapons parity, Pakistan has now edged ahead of India. India is estimated to have 60 to 100 weapons.

Four years ago, the Pakistani arsenal was estimated at 30 to 60 weapons. “They have been expanding pretty rapidly,” Albright said. Based on recently accelerated production of plutonium and highly enriched uranium, “they could have more than doubled in that period,” with current estimates of up to 110 weapons, he said.

Shaun Gregory, director of the Pakistan Security Research Unit at Britain’s University of Bradford, put the number at between 100 and 110.

Some Pakistani officials have intimated they have even more. But just as the US has a vested interest in publicly playing down the total, Pakistan sees advantage in “playing up the number of weapons they’ve got,” Gregory said. “They’re at a disadvantage with India with conventional forces,” in terms of both weaponry and personnel.

Those figures make Pakistan the world’s fifth-largest nuclear power, ahead of “legal” powers France and Britain.

While Pakistan has produced more nuclear-armed weapons, India is believed to have larger existing stockpiles of such fissile material for future weapons. That long-term Indian advantage, Pakistan has charged, was further enhanced by a 2008 US-India civil nuclear cooperation agreement. The administration has deflected Pakistan’s demands for a similar deal.

Brig. Gen. Nazir Butt, defence attache at the Pakistani Embassy in Washington, said the number of Pakistan’s weapons and the status of its production facilities are confidential. “Pakistan lives in a tough neighbourhood and will never be oblivious to its security needs,” Butt said. “As a nuclear power, we are very confident of our deterrent capabilities.”

An escalation of the arms race in South Asia poses a dilemma for the Obama administration, which has worked to improve its economic, political and defence ties with India while seeking to deepen its relationship with Pakistan as a crucial component of its Afghanistan war strategy. The administration is caught between fears of proliferation or possible terrorist attempts to seize nuclear materials and Pakistani suspicions that the US aims to control or limit its weapons programme and favours India.

The level of US concern was reflected during last month’s White House war review, when Pakistan’s nuclear security was set as one of two long-term strategy objectives there, along with the defeat of al Qaeda, according to a senior administration official who spoke on condition of anonymity.

“The administration is always trying to keep people from talking about this knowledgeably,” said David Albright, president of the Institute for Science and International Security and a leading analyst on the world’s nuclear forces. “They’re always trying to downplay” the numbers and insisting that “it’s smaller than you think.”

Children haunted by images of floodwaters