Afghan­istan is a mess due to Americ­a’s restle­ssness on how best to deal with Afghan­istan
By Hussain Nadim
Published: June 4, 2016
Tweet Email 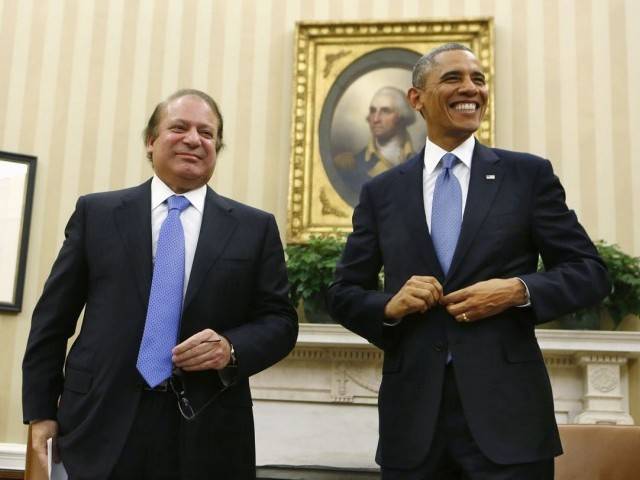 If we are to believe the Americans, Pakistan is responsible for the US failure in Afghanistan — the double games played by our security establishment to bring America down to its knees, and the triple-crossing to hook the Afghan Taliban under its wings, all show that Pakistan has been at it from the very start.

As sensational as it sounds, it is equally absurd to rationalise that Pakistan has the muscle or enough strategic depth to play out the Americans at a game that the US has played for over a century. Indeed, the chessboard was supposed to have only two players: the Americans against al Qaeda/Taliban. It was supposed to be easy, clearing out foremost, al Qaeda and the brutal Taliban regime from Afghanistan, capturing the perpetrators of 9/11 and establishing the American ideology in the post-Cold War era.  But it wasn’t Pakistan that advised the US to go into Iraq or sponsor ‘freedom’ movements throughout the Middle East and in the process let the Taliban take back control of parts of Afghanistan.

To then see Pakistan as a player that has the US locked into the longest war in its history is misplaced. Pakistan, from the perspective of the US, neither helped enough in winning in Afghanistan, nor backstabbed enough to completely force the Americans to leave the region. Its role was enough to keep the Americans engaged and the money flowing. From Pakistan’s perspective, the American allegations of double games are nothing new; instead, American adventurism and idealism around spreading freedom and democracy distracted the US from the fundamental objective of fighting terror. Pakistan, hence, felt reluctant to entirely trust the US, and instead kept its options open.

The problem with the US-Pakistan relationship is that both sides are equally justified in their arguments against each other and casually exaggerate the extent of each other’s power, allowing little room for introspection. Essentially, the problem in the relationship is more about how it is structured and practiced than the two countries’ ideology per se.  For one, the relations are not centralised or specifically led by diplomats in both countries. What the US-Pakistan relationship suffers from is the institutional relationship that almost always clashes with other institutional interests and broader goals of the relationship. And this has been the case since the 1960s when the US took Pakistan on board in its security and economic camp. More recently, Ambassador Munter’s frustration with the CIA station chief in Islamabad, and discrediting of Ambassador Robin Rafael from the DC policy circles is also a reflection of competing institutional interests on how best to fight terrorism, or manage Pakistan.

More than Pakistan’s double games, Afghanistan is a mess due to the competing ideologies in American political and security circles, and America’s restlessness on how best to deal with Afghanistan. Also, a major problem in this matrix is that the decision-makers are open to outside influences through lobbying and pressures that don’t allow any one policy to sustain long enough to produce results. The tussle between the State Department, Pentagon and other agencies involved in fixing Afghanistan and the constant point-scoring in the capital doesn’t allow enough time and patience for one policy to work. It was with some effort that the peace deal with the Taliban was being brokered, and it was easy to witness that competing institutions in the US and in the region ensured that the talks collapsed — starting from the breaking news of Mullah Omar’s death to Mullah Mansoor’s killing in a drone strike. The pendulum in DC is oscillating under competing institutional, national and regional interests of the players involved in the Afghan end game. The longer this pendulum swings, the harder it will be to have any sustainable solution for Afghanistan other than a full-on resurgence of the Afghan Taliban that may or may not be under Pakistan’s influence.

If we can learn one thing from the history of empires, it is that empires learn nothing from history. After decades of American wars in the region, the world is more unstable, there is less freedom around the world, and terrorism has washed up on the shores of Europe and the entire Western world. How much of that is Pakistan’s doing is questionable, but what is obvious is the internal competing interest of corporations, contractors, institutions and lobbyists driving American policy around the world. Such is the danger that while America may become great again, the rest of the world may not be the same again.

The succession question in Congress party