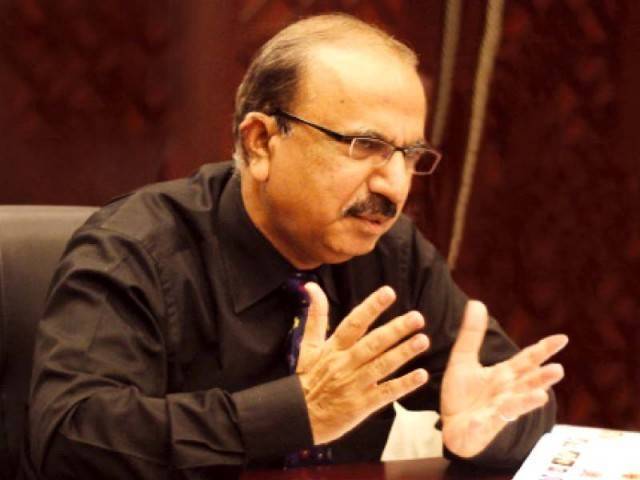 KARACHI: What a teacher says and does is the real curriculum. It is not something fixed but a vibrant reality that occurs every day. For example, if teacher preaches punctuality to students and comes late for her class herself that is also curriculum.

Speaking about purpose of education, Siddiqui said that it should lead to change and development. “The gap that exists between the developing and the developed world is essentially of knowledge,” he added.

The book comprises 14 chapters and focuses on themes of female education, socio-political context of education policies, language issues and teachers’ education to mention a few.

In addition, it has an appendix of rare documents such as the Mohammad Ali Jinnah’s 1948 speech in Dhaka about Urdu being the only national language of Pakistan, as well as the speech of the opposition leader who challenged it.

All we want is an education

“In his book, the student is an assumption while on the other hand we see that in the policy maker’s vision, it’s far from a person. It is just an idea,” remarked Abbas Hussain of Teachers’ Development Centre.

He also said that Siddiqui’s book raises the issue of breaking the hegemony.

“The book is a must for students of education,” remarked Sindh Madrassatul Islam University vice-chancellor Muhammad Ali Shaikh. He also spoke about the 52-paged education policy of British India of 1904, saying that policy produced giants in every walk of life.

Aga Khan University Institute for Education Development associate director Mir Afzal Tajik recalled the time during his PhD when a course demanded him to review the education policy of Pakistan and prepare a presentation on it.

“When I started digging for the education policy, it was very difficult. I simply couldn’t find the policy documents,” he said, much to the amusement of attendees present at the event.  “This book provides a deep analysis of how policies have been formulated, the people involved in them, the national vision and how it evolved,” said Tajik, adding that the book is equally important for each and every one of us.