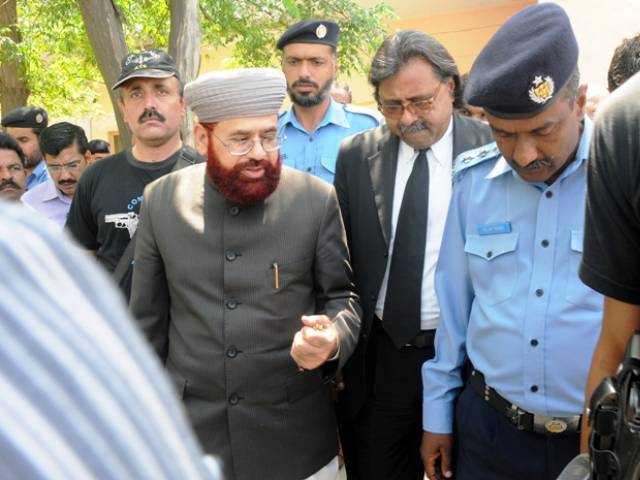 Following the court hearing, the accused were taken into custody by the Federal Investigation Agency (FIA). The three have been given the right to appeal.

Kazmi was accused of corruption during the course of renting residential buildings for Pakistani pilgrims in Saudi Arabia and inflicting a loss of billions of rupees to the national exchequer. A case was registered against him and he was arrested on March 15, 2011.

According to FIA’s investigations, the former minister dropped more than 7,000 pilgrims and hired accommodation for government officials. “The officials did not stay in the accommodation hired in Saudi Arabia, which caused a loss of Rs200 million to the national exchequer,” he said.

According to the FIA, Kazmi’s total income was Rs95,000 of which Rs80,000 was his salary as the minister and Rs15,000 he earned from his madrassa located in Multan. Kazmi also owns 314 canals of land in Rahim Yar Khan and operates foreign accounts.

A Rawalpindi court granted him bail on August 27, 2012. However in February 2013, FIA investigators and prosecutors filed a request with the special judge in the Central Rawalpindi Court.

FIA Investigators claimed to have found more evidence, including bank transactions against Kazmi.

Qadir Gilani however, refused to cooperate with the agency and investigators.