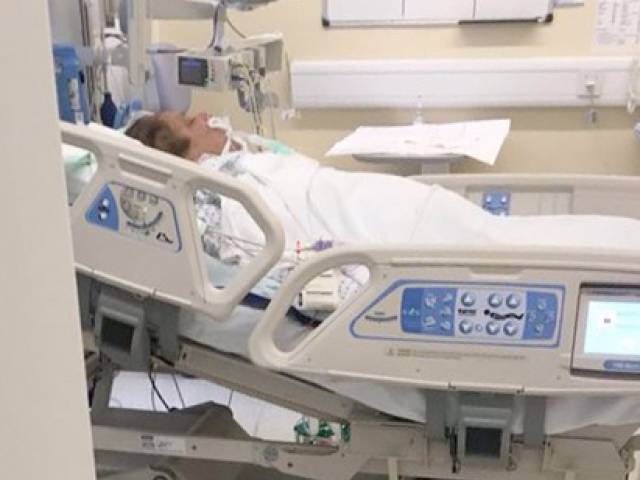 “Surgery successful,” his daughter, Maryam, said on her Twitter account about four and a half hours after she said the operation had begun.

My father …… The LOVE of my life … Allah bless you with a long life & perfect health …. Ameen ❤️ pic.twitter.com/3PvhsushO1

Surgery successful by The Grace Of Almighty. The Prime Minister is off the pump now. Will be shifted to ICU in the next 60 mins or so.

The premier has been shifted to the ICU, and the condition is said to be “stable”.

Earlier, she said her father “was in high spirits” as he was taken in for an operation for a “perforation of the heart”, a complication from a 2011 procedure.

PM's surgery started at 8 am UK time. Spoke to him earlier, he was in high spirits. I entrusted him to Allah.

PM Nawaz’s surgery comes as his government prepares to present its annual budget on Friday. It also remains under pressure over allegations of corruption linked to the so-called Panama Papers.

Nawaz, 66, was prime minister for two terms in the 1990s before being overthrown in a 1999 military coup. After years in exile, he returned to Pakistan in 2007 and led his party to a victory in a 2013 election.

He has travelled to London for medical treatment several times over the past year and was accompanied on this trip by his brother, Shahbaz Sharif, who is chief minister of Punjab, and several other family members.

On Monday, Nawaz telephoned his Indian counterpart, Narender Modi, just before being wheeled in for his heart surgery at London.

PM to undergo open-heart surgery in London on Tuesday

“My best wishes to PM Nawaz Sharif Sahab for his open heart surgery on Tuesday. And for his speedy recovery & good health,” Modi wrote.

“I would like to send my best wishes to PM Nawaz Sharif and his family. Hope the surgery goes alright. We pray for his speedy recuperation,” Ghani tweeted.