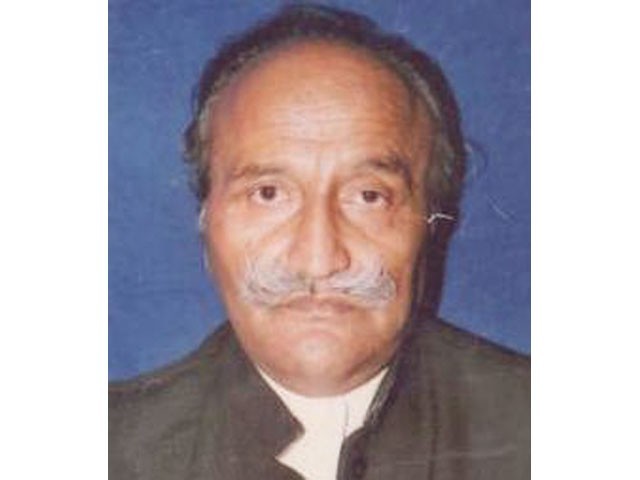 KARACHI: A Hindu lawmaker from an opposition party has resigned from his seat reportedly after receiving threats and has shifted to India, The Express Tribune has learnt.

Ram Singh Sodho was a member of the current Sindh Assembly on a reserved seat for minorities on a ticket of the Pakistan Muslim League led by the Chaudhrys of Gujrat.

The Times of India reported that Sodho received threats and moved to India, from where he sent his resignation to Speaker Nisar Ahmed Khuhro.

The resignation was accepted with immediate effect.

However, sources told The Express Tribune that Sodho had handed his resignation to Arbab Ghulam Rahim, chief of the PML-Q Likeminded Group in Sindh, before leaving the country. The Election Commission of Pakistan acted immediately and notified the election of Chettan Mal, the next candidate on the party’s list of non-Muslim candidates on reserved seats.

Sodho, who belongs to Mithi, in Tharparkar district, had been receiving threats for the last two years, family members said. “I cannot say who had issued him threats, but his party leaders and family members were aware of it,” Paret Lal, a cousin of Sodho, told The Express Tribune. He refused further comments on the issue.

But his party colleagues denied there were any threats to Sodho’s life. “It’s baseless. There were no threats to his life,” said Razzaque Ramho, deputy parliamentary leader of the PML-Q Likeminded Group in the Sindh Assembly.

“His eldest son had died in the earthquake and another son lives in India. He has shifted to India only because he cannot move properly due to a problem in his spinal cord,” Ramho added.

In his resignation, too, Soho cited failing health as the reason for his decision. Sodho said that he was stepping down because he could not continue as member of the Sindh Assembly due to his deteriorating health.

Pitambar Sewani, another minority legislator from the ruling PPP, said that Sodho had been trying to get political asylum in India for the last couple of years. “We condemn this practice which is aimed at defaming the province of Sindh,” Sewani told The Express Tribune.

Sodho, a relative of Rana Chandar Singh, was first elected as a member of the Sindh Assembly in 1985 and was made adviser to the chief minister. He had contested the local bodies election in 2001 and served as deputy mayor of Tharparkar district from 2001 to 2005.

Lahore double murder: US tones up push for immunity