Vows to pursue matter of offsho­re compan­ies to logica­l conclu­sion
By Our Correspondent
Published: May 30, 2016
Tweet Email 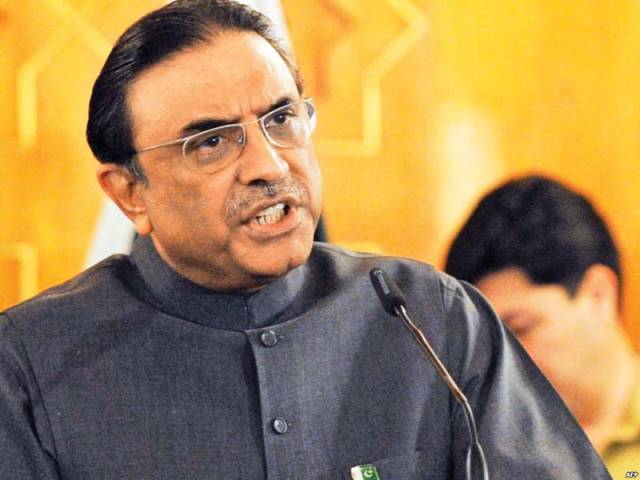 KARACHI: Reiterating his party’s commitment to pursuing the Panamagate scandal to its logical conclusion, PPP Co-Chairman Asif Ali Zardari has rejected as ‘baseless’ reports that he has reached an ‘understanding’ with Prime Minister Nawaz Sharif on the issue that has triggered a political storm in the country.

Reports of a recent meeting in London between Maulana Fazlur Rehman, chief of his eponymous faction of the Jamiat Ulema Islam, and the PPP co-chairman were also refuted.

In a statement issued by the party on Sunday, Zardari refuted media reports which suggested that a compromise may have been reached. “The assertion in a section of the media that Zardari has reached some understanding on the issue of Panama leaks with the prime minister is untrue, baseless and motivated,” it read.

Zardari contradicted media reports which implied that some understanding had been reached with Nawaz in the spirit of reconciliation.

“The party (PPP) has already decided to pursue the Panama leaks issue to its logical conclusion,” Zardari stated categorically. “A parliamentary committee has already been set up which is engaged in drawing up the Terms of References (ToRs) for investigations and how to proceed in the matter and there is no question of ignoring it,” he said.

Zardari said the PPP evolved a well-considered stance on the Panamagate scandal after detailed discussions “not only within the party but also with all political parties”.

“Media reports calculated to give any impression that Zardari has a different stance on the issue are untrue and baseless and seem motivated to create confusion,” the statement said.

The PPP has been spearheading the opposition’s efforts to thrash out ToRs for a probe into the Panama Papers. The papers contain a trove of documents leaked from Panamanian law firm Mossack Fonseca which detail some 200,000 offshore holdings set up by the world’s rich and powerful, including three of Nawaz’s children and some PPP members, to hide their wealth in international tax havens.

Islamabad unwilling to jeopardise ties with US