US offers to conduct, finance study on shale reserves in Pakistan

US offers to conduct, finance study on shale reserves in Pakistan

This will be the second study that will cover areas left in the first assess­ment
By Zafar Bhutta
Published: May 29, 2016
Tweet Email 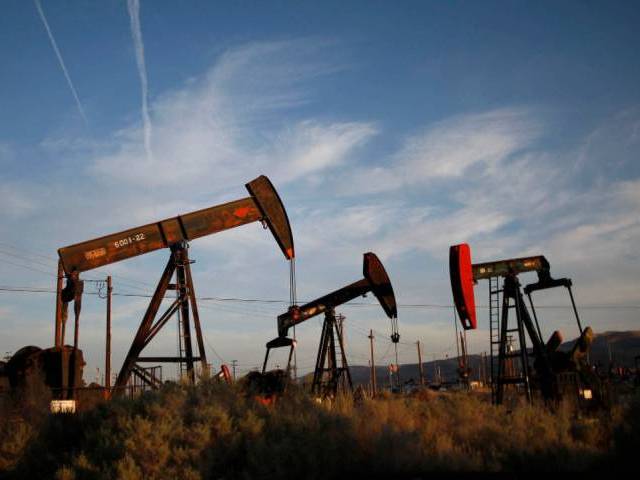 This will be the second study that will cover areas left in the first assessment. PHOTO: AFP

ISLAMABAD: The United States has offered Pakistan assistance in undertaking and financing another study to assess the hidden and vast shale oil and gas reserves in the country, officials say.

The first study was conducted by the US Agency for International Development (USAID), but it did not cover some areas of Balochistan, Sindh and Khyber-Pakhtunkhwa.

Pakistan has accepted the offer for the second study for which the US will bear the entire cost.

Pakistan and the US have held a couple of meetings on forging cooperation in the energy sector over the past few years. The first huddle was held in 2014 which was followed by another meeting in April 2015.

The third meeting of the series was held in Washington recently where the US expressed interest in conducting the second study to evaluate shale oil and gas deposits in Pakistan.

In the first assessment, USAID estimates showed that Pakistan had massive deposits of 10,159 trillion cubic feet of shale gas and 2.3 trillion barrels of shale oil – figures that were several times higher than those released by the US Energy Information Administration (EIA).

Apart from gas, the EIA also saw the presence of 9.1 billion barrels of shale oil that were technically recoverable out of estimated deposits of 227 billion barrels. In the first study, the USAID collected data of 1,611 wells and undertook shale formation of 1,312 wells through drilling. It used 70% of data to prepare the study and sent samples to the New Tech Laboratory in Houston for assessment.

First shipment of US natural gas to EU arrives

Though the technology is available in advanced countries for tapping the shale reserves, environmental concerns, requirement of a huge quantity of water and a high cost of drilling are the real challenges.

A well requires 3 to 8 million barrels of water. Pakistan has water supplies, but the real issue is its disposal.

Estimates suggest shale gas will cost $10 per million British thermal units, which will come down with the increase in recovery of untapped reserves.

The government will frame a policy for shale deposits after the cost of drilling is determined and the second study is conducted.