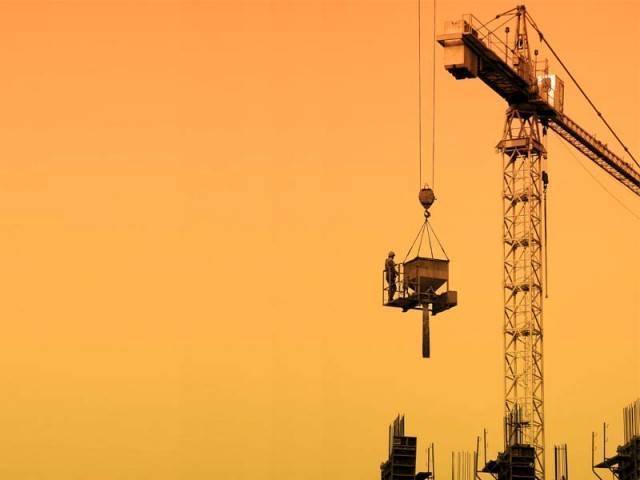 Federal govt drops all 45 projects proposed by the K-P for the PSDP 2016-17. CREATIVE COMMON

PESHAWAR / ISLAMABAD: More than 100 developmental projects in the Khyber-Pakhtunkhwa (K-P) have run into a snag as the Centre, citing shortage of funds, has expressed its inability to contribute its share apparently in response to the tough stance of the PTI-led K-P government in the wake of Panama Papers controversy.

Meanwhile, the federal government has also dropped all the 45 development projects proposed by the K-P government for the Public Sector Development Programme (PSDP) 2016-17.

The PTI has been demanding accountability of Prime Minister Nawaz Sharif and his children, who, according to Panama Papers, own offshore companies in an international tax haven.

Under different heads, at least Rs225 billion are payable to the K-P government by the federal government. Of this amount, the first tranche of Rs30 billion was due to be paid in February 2016.

“Negotiations were underway and the federal government showed willingness to release Rs30 billion earlier, in March and later, after more talks, in the first week of April. However, after emergence of

Panama leaks on April 3, the matter has hit a snag,” a source said

According to a high official at the K-P chief minister secretariat, the attitude of the bigwigs at the Centre has totally changed after the Panama Papers.

“We believe that the matter involves political dimensions in the backdrop of the PTI’s strong stance on the issue,” he said, adding that if the said amount was not paid within this financial year, it would stand lapsed after June 30 with the start of a new financial year on July 1.

According to an estimate, work is underway on four to five schemes in every district of the K-P.

Progress on these schemes, including roads projects, water and sanitation schemes, health-related projects and related ventures of civic importance, has either greatly slowed down or stopped altogether.  Given that K-P has 25 districts, the number of stalled projects exceeds 100.

Sardar Idrees, a K-P lawmaker and a close aide of Chief Minister Pervez Khattak confirmed this development while talking to The Express Tribune. He said even the Rs30 billion out of Rs225 billion were just peanuts. The political gimmickry should not take precedence over public interest, he added

Reportedly, the matter was taken up with the PML-N lawmaker and Deputy Speaker National Assembly Murtaza Javed Abbasi who hails from the K-P’s Hazara region.

Abbasi is said to have assured the K-P government functionaries that the issue would be resolved but it has not. The deputy speaker NA, when approached, was not available to comment on the issue.

Talking to The Express Tribune, one of his representatives cited funding constraints as a major factor due to which funds could not be released to the K-P government. “We tried our best but due to several procedural hitches and funding constraints, the matter stands unresolved,” he said, rejecting any links between the delay in funds release and Panama leaks.

Officials of the K-P Planning and Development Department (P&D) said the K-P government had shared the proposals for inclusion in the PSDP but not a single project has been taken in the proposed PSDP for the year 2016-17.

Documents available with The Express Tribune show that the K-P proposed to include 10 Hydel power projects of 1,585 megawatts with an estimated cost of Rs410.4 billion. The projects include construction of 6 industrial zones, seven schemes in irrigation sector, two projects of drinking water, five related to agriculture, livestock and cooperative sector and 14 projects of Peshawar High Court (PHC).

“We had been in contact with the Planning Commission for three months and sent it proposals in accordance with its format,” said an official of the P&D dealing with the subject.

“All the 45 projects were in accordance with the Vision 2025 of the planning minister,” said the official, who was disappointed by the proposed PSDP document, a copy of which the department received two days before the Annual Plan Coordination Committee (APCC) meeting, held in Islamabad on Friday.

On May 10, in a meeting of the K-P government committee and federal government committee on the China-Pakistan Economic Corridor (CPEC), it was agreed that the Kohat link road to the main CPEC route via Jhand would be constructed and the existing Indus Highway between Peshawar and Dera Ismail Khan would be widened and converted into 4-lane motorway, the official said.

“It is very unfortunate that both of these projects have been dropped out from the proposed PSDP. It is ironic that only Rs100 million have been reflected for the construction of the Chashma Right Bank Canal (CRBC), a project costing Rs121 billion.”

Both the centre and the K-P signed a memorandum of understanding (MoU) in February agreeing to construct the CRBC jointly at 65% and 35% share. The Centre will provide 65% of the project cost and K-P to finance 35% under the MoU.

“The federal government was to allocate Rs16 billion as agreed for the year 2016-17 but the proposed PSDP has allocated Rs100 million for it, which can’t even meet the project mobilisation cost. This is like deliberately delaying the project, which will not only escalate the project cost but also further delay its long-term benefits.”

“The CRBC has been reflected for the past three consecutive years in the PSDP but with only token allocations,” he said as he termed it a ‘legal injustice,’ with K-P. Allocation should be proportionate with the timeframe of the project, the official added.

Will Taliban finally come to talks?