Iran gave out Mansoor’s location to US: Hekmatyar

Iran gave out Mansoor’s location to US: Hekmatyar 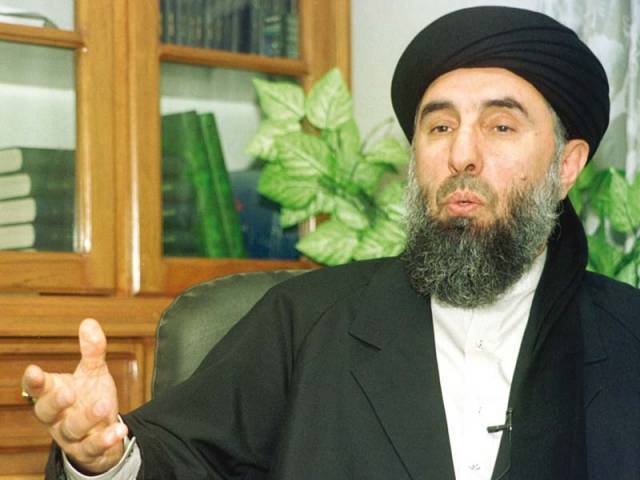 Hizb-e-Islami leader says Iran has always stabbed Muslim Ummah in the back since its birth. PHOTO: FILE

ISLAMABAD: Hizb-i-Islami Afghanistan (HIA) chief Gulbuddin Hekmatyar on Friday accused Iran of informing US agencies of slain Afghan Taliban chief Mullah Akhtar Mansoor’s whereabouts and said that this information allowed the insurgent leader to be targeted in the May 21 drone strike.

“It has now been confirmed that Iranian intelligence agencies had passed on information to American spies that helped drone aircraft to attack Mullah Akhtar Mansoor,” Hekmatyar said in a statement. “While we strongly condemn the terrorist act during the peace talks, we consider it a big and unforgivable treason on Iran’s part,” he added.

Hekmatyar said certain elements in Afghanistan and outside, particularly in Iran, are trying to create hurdles in the peace process. He also accused former US ambassador Zalmay Khalilzad of trying to foil peace talks. The HIA chief claimed that Khalilzad provoked some elements in Kabul to speak against the possible peace deal between the HIA and the Afghan government.

“I want to ask the Afghan nation to foil the conspiracies of warmongers. Do not expect peace from any foreign country and find a solution through intra-Afghan dialogue,” he said, adding that Islamic states should be aware that Tehran and Washington have deep relations and that Iran is involved in wars in Arab and Muslim world. “Washington will now give more incentives to Iran for intelligence sharing about Mullah Mansoor,” he said.

Amid reports that Afghan Taliban chief Mullah Mansoor visited his family in Iran before being killed in a US drone strike in Baluchistan, Iran’s foreign ministry spokesman Hossein Jaber Ansari rejected reports that the Taliban chief crossed into Pakistan from the Islamic republic.

At an event in Islamabad, Iran’s Ambassador to Pakistan Mehdi Honardoost also vehemently denied that Mansoor came to Pakistan from Iran. “Iran considers Taliban as their enemy. So how could allow them to visit the country?” he asked.

US media reported that American intelligence agencies tracked down Mullah Mansoor when he was visiting Iran to meet his family. There were also reports that Iran, which was once seen as rival to the Taliban, had developed contacts with the insurgent group in order to preempt the emergence of Islamic State terrorist group in Afghanistan.

The Iranian envoy insisted that his country would not allow its soil to be used against Pakistan in any manner. Honardoost said that terrorism was an international phenomenon and both Iran and Pakistan were victims of terrorism. “Both countries with their strong cooperation can fight the challenge of terrorism.”

With a new leader, will Taliban finally come to talks?