A lesson for the US

A lesson for the US

The killin­g of Mullah Akhtar Mansoo­r in an Americ­an drone strike has almost murder­ed the hopes for peace in the region­
By Tahir Khan
Published: May 28, 2016
Tweet Email 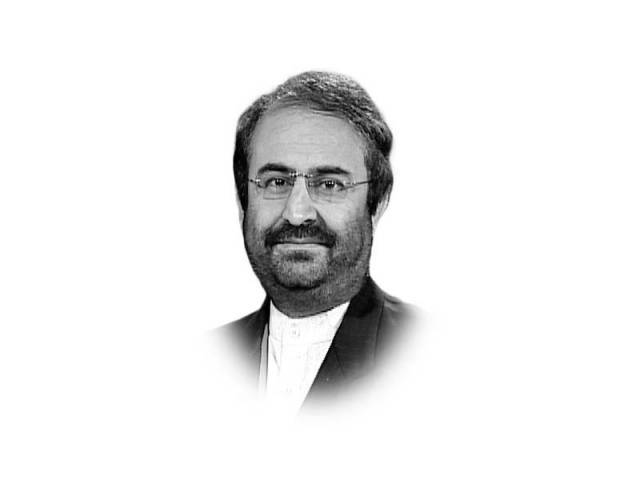 The writer is a reporter at The Express Tribune

The killing of the Afghan Taliban chief Mullah Akhtar Mansoor in an American drone strike on May 21 has almost murdered the hopes for peace in the region. Many in Pakistan and Afghanistan believe that the Obama Administration has been naive to kill the Taliban leader and then simultaneously ask the group to settle matters on the negotiation table. Prime Minister Nawaz Sharif had the same message for the American and Afghan leaderships in October last year — Pakistan was prepared to help revive the stalled Afghan peace talks but cannot force the Taliban to negotiate against their will. The question remains: who will convince the Americans that it might help their cause if they listened to others? The US should directly take the blame this time for decreasing drastically the likelihood for the peace process to go ahead and succeed. It needs to contemplate whether its use of military might over the past 15 years will some day be able to solve the problem in Afghanistan or will it exacerbate it. Does the US think that the killing of the Taliban chief will force the new chief to surrender? This will never happen as policies will not be made by Maulvi Haibatullah alone. The Taliban Rehbari Shura or the Leadership Council will also play a role in this regard.

Does the US expect Pakistan to help its cause while it continues to rain missiles on Pakistani soil, and that too in Balochistan where the country is in the process of implementing a part of the China-Pakistan Economic Corridor? The drone attack has also raised serious concerns over the expansion of the US secret drone campaign into Balochistan. Pakistan’s National Security Council is scheduled to meet soon to mull over a strategy to deal with the emerging situation following what is seen as an aggressive posture by the US to deal with the Afghan issue.

The Americans will have a hard time justifying the drone attack, as there are many who think this action will further complicate diplomatic efforts to encourage the Taliban leadership to sit face-to-face with President Ashraf Ghani’s regime. Just weeks before the US action, a beleaguered President Ghani had himself shut the doors on the peace process. Afghans need to understand that Pakistan, China or any other country are not responsible for violence that occurs within Afghanistan and that the key to resolve matters lies only with Washington and Kabul. They need to pave the way for a political dialogue with the Taliban. Pakistan and China can only try to convince the Taliban to use the political option or offer a venue for the talks. The concessions that have been demanded by the Taliban can only be granted by the US and Afghanistan. It is not for Pakistan and China to decide on the reopening of the Taliban office in Qatar; it is not these two countries that have the power to release Taliban prisoners; it is not their responsibility to move the UN Security Council to remove travel curbs on Taliban leaders. All these concerns have to be addressed by the US and Afghanistan.

On May 26, the US State Department’s spokesperson asked the new Taliban chief to join the peace process at a time when the group was mourning the death of Akhtar Mansoor. However, for the Taliban, the first priority would certainly be to normalise the situation within the group and address the impact of Mansoor’s killing on their activities. Their focus would remain on reorganisation as they have now elected two new leaders in less than a year. The Taliban would also be focusing on developing a strategy that ensures that the death of their leader does not have negative implications on the ongoing fighting season.

Their new set-up also includes Sirajuddin Haqqani as the first deputy chief as well as Mullah Yaqoob, the elder son of Mullah Omar. They are expected to take a tougher stance over the peace process compared to Mansoor, according to Taliban leaders. Maulvi Haibatullah may only prove to be a symbolic leader with the real powers lying with Haqqani and Yaqoob. Taliban leaders close to Haibatullah say that it would not be an easy task to convince him to look into the option of entering a political dialogue. Therefore, the US and other stakeholders will have to ponder over their options before again trying to force the Taliban to join the peace process through drone strikes.