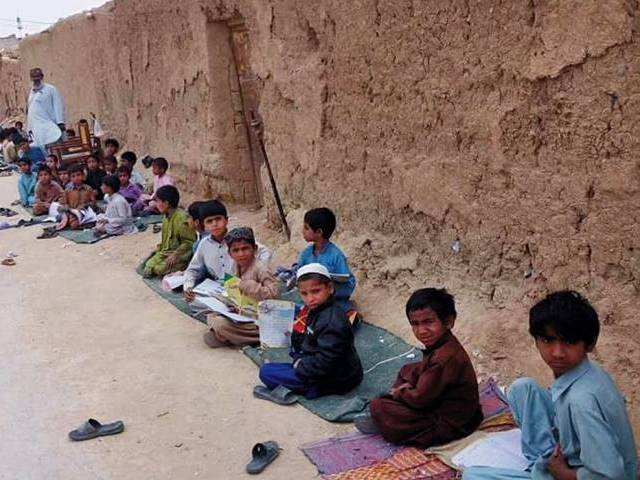 Top 22 districts are all from Punjab with the K-P’s District Mardan breaking in at the 23rd rank. PHOTO: ONLINE

The Pakistan District Education Ranking 2016, a report compiled by education campaign Alif Ailaan, paints a dismal picture of the state of education in the country.

Since the last four years, Alif Ailaan has been launching district-based reports, which focus on education score keeping in view the access, retention, learning and gender parity in educational institutes across the country. This year’s report was launched on the federal level in Islamabad, taking all the stakeholders from each province on board.

Around 48 per cent of schools in the country do not have toilets, boundary walls, electricity and drinking water while Punjab and Khyber-Pakhtunkwa (K-P) are ahead of the other two provinces – Sindh and Balochistan – on various educational parameters.

According to the report issued on Tuesday, the top 22 districts are all from Punjab with the K-P’s District Mardan breaking in at the 23rd rank. FR Lakki Marwat stands on the bottom-most rung with 146th rank.

While the lion’s share of the Sindh budget goes to education – the allocation increasing each year – the national education rankings articulate a different tale.

The Pakistan District Education Ranking 2016 reveals that the overall largest decrease in learning scores has been witnessed in Sindh this year. “The lowest learning score is seen in Sindh,” said the campaign’s research chief Saman Naz while presenting the highlights on a PowerPoint presentation at Hill View Hotel, Islamabad, on Tuesday.

The climate, security and eventually economic crises of Khyber-Pakhtunkhwa seem to have impeded growth in the education sector as the position of the province has not changed from last year’s in Alif Ailaan Pakistan District Education Ranking 2016. With an average of all its districts, K-P stands on the fifth position among the eight regions of Pakistan, including the federal capital.

While talking to The Express Tribune, Alif Ailaan Campaign Director Mosharraf Zaidi said the ranking report helps in understanding the state of education in Pakistan and call to attention a deep and persistent national crisis. He added in the fourth annual report of rankings, they attempt to not only continue presenting updates on the two indices, of education and schools, but to also offer an analysis of trends that have emerged since 2013 in each district, province or region.