Arijit Singh publicly apologises to Salman Khan. But why?

Arijit Singh publicly apologises to Salman Khan. But why? 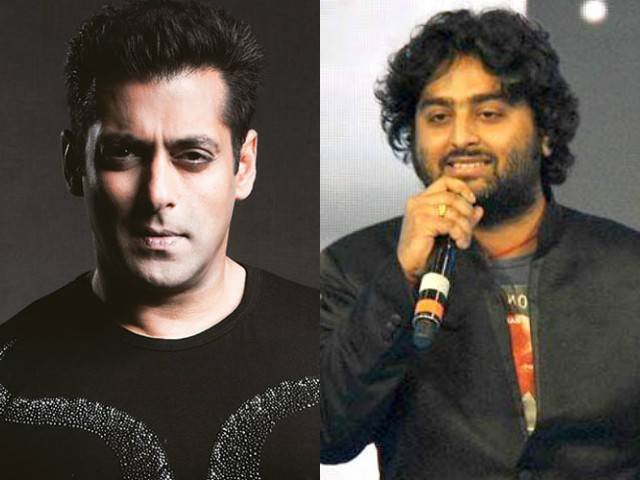 The Tum Hi Ho singer has taken everyone by surprise. PHOTO: FILE

Everyone knows that pleasing Salman Khan is not as easy as loving him!

The Bollywood superstar has had his share of tiffs with the film fraternity and people have gone to great lengths to win him back. This time it’s ace playback singer Arijit Singh’s turn.

It seems however, that the war between the two has transcended from personal to professional.

Arijit who has sung a number for Salman’s upcoming film Sultan, has issued an open letter requesting the makers to retain his version, which Salman has decided to axe from the film. Anushka Sharma and Salman will be sharing the screenspace for the first time in ‘Sultan’. PHOTO: FACEBOOK

Apparently, Arijit has tried to reach out to the superstar in every way possible to apologise for an incident where the Bajrangi Bhaijaan felt insulted. As a last resort, the Tum Hi Ho hitmaker took to Facebook.

The letter which now has been deleted read:

This is the last way I thought I would speak to you. I have been trying to call you text you and do everything possible to tell you that you are mistaken about the fact that I insulted you, I never did. That night in the show it was the wrong time and the wrong aura.

At Nita Ji’s place I only came back to apologise to you but you didn’t get it. No problem I apologise here in front of everyone but please it is a request, please do not remove the song that I sang for you in Sultan. You want anyone else to sing this song absolutely fine, but keep a version at least. I have sung enough songs sir, but i want to retire with at least one song of you keeping in my library. Please do not take away this feeling.

I don’t know why am I doing this. I know the consequences. People are going to write their heart and mind and everything.

I also know that you won’t be bothered Mr Salman Khan. Still I think I need to take it out. After all I have to live with this fact that you made sure that I don’t sing for you even though so many of us requested.

But I will be a fan bhaijaan. Jagg ghumeya thare jaisa na koi.

Let there be light”

Although Arijit deleted his letter, he really wished his apology would reach the superstar.

But he knew that his act might backfire and it sure did!

Many fans were disappointed by the singer as they believed he shouldn’t have ‘begged’ Salman. Arijit’s fans are furious as they are against his apology. PHOTO: FACEBOOK

But others really wish the kind-hearted Sallu accepts Arijit with open arms. While some are hopeful that things will be better between the two. PHOTO: FACEBOOK

Is he getting married or is he not? Salman Khan finally breaks silence

We aren’t sure if he will forgive Arijit or not, as he says…

The most intriguing part of this whole incident though is this question: What did Arijit do to irk Salman? No one knows. But will we ever find out?