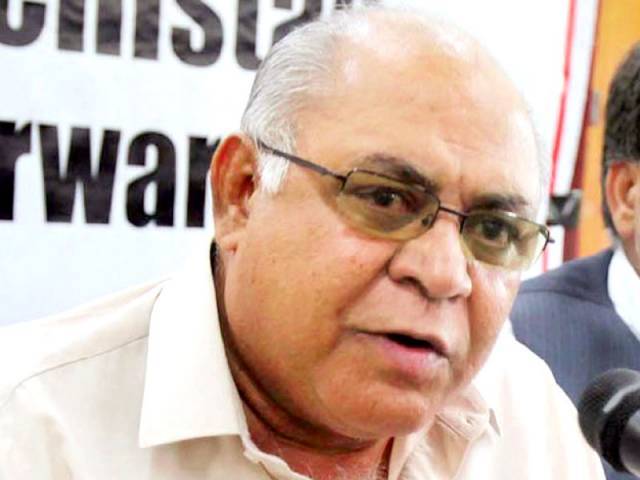 Sheikh Aftab was previously working as minister of state for parliamentary affairs. He retains the portfolio as federal minister.

Senator Bizenjo, meanwhile, replaced Kamran Michael as the federal minister for ports and shipping. Michael has now been assigned the human rights portfolio.

The Express Tribune had earlier reported that Baloch insurgents and locals of Gwadar were pressing the federal government to appoint a Baloch minister for ports and shipping if it wants to make Gwadar port functional. In response, the militant groups have agreed to desist from insurgency in areas of Gwadar.

Sources had said that in view of the demand, the government asked Senator Bizenjo to either join the federal cabinet or to nominate anyone from his party for this slot.