The One Direct­ion star sent fans into a tizzy last week after reveal­ing he'd choppe­d off his locks
By Entertainment Desk
Published: May 18, 2016
Tweet Email 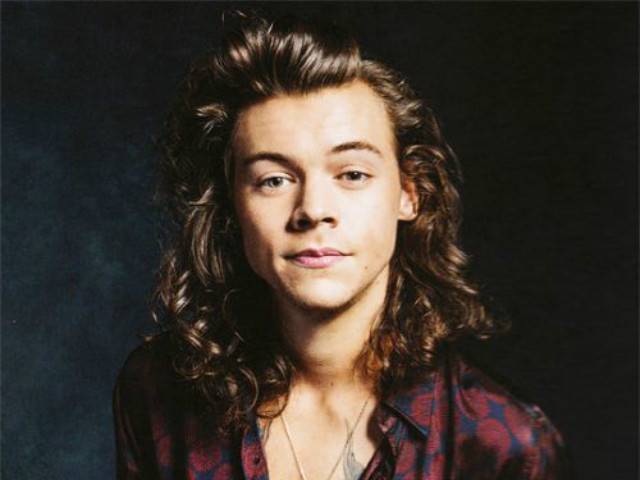 The One Direction star sent fans into a tizzy last week after revealing he'd chopped off his locks. PHOTO: PINTEREST

It’s not been long since One Direction’s Harry Styles sent his fans into a tizzy after sharing a photo of his chopped ponytail on Instagram.

The former Rapunzel donated his famous locks to charity and since then, fans across the world are dying to see his new look.

Numerous photos have since made their way on the internet but none captured the singer’s true look as he had a hat on in all these pictures. Harry donated his hair to the Little Princess Trust that makes wigs for children. PHOTO: EROTEME.CO.UK

Even his mother couldn’t help us out.

As curiosity continued to raise, one of the fans did succeed in fooling others with a really good face-swap.

But the wait is finally over! Harry couldn’t escape the paparazzi’s eye this time around. Australian radio host Angus O’Loughlin has tweeted a grainy photo of Harry’s new short style minus his famous hat.

There it is ladies and gentlemen

The moment the Internet broke pic.twitter.com/00hNqVYQ1h

I'm so pleased we now know what Harry Styles' new hair cut looks like. I thought we were heading for a global meltdown.

@Harry_Styles I just love what you've done with your hair :D xx