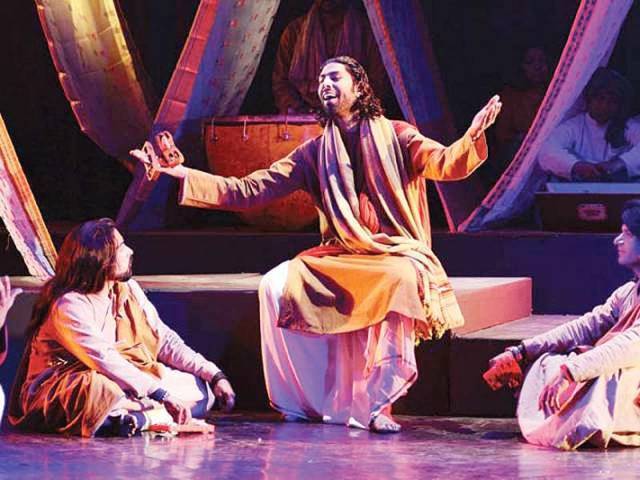 A still from a previous run of Kabira Khara Bazar Mein. PHOTO: FILE

LAHORE: Celebrating its 32nd anniversary, Ajoka Theatre has put together a drama festival. Titled ‘Reclaiming our History’, the event has been organised in collaboration with Lahore Arts Council and will continue to run until May 19.

Plays such as Kaun Hai Ye Gustakh, Lo Phir Basant Ayi, Anhi Mai da Sufna and Kabira Khara Bazar Mein are amongst the highlights of the festival. Talking to The Express Tribune, Ajoka Theatre Artistic Director Madeeha Gohar said, “Every year, we celebrate our anniversary. We are hopeful that this year’s event will attract more theatre lovers than ever before.”

She recalled the challenges they faced when the idea of starting a theatre troupe struck them for the first time. “Ajoka Theatre is the first-of-its-kind company in Punjab. There were commercial theatres at that time but no parallel theatre. We started it to give hope to people and create a vision for the entertainment industry,” said Gohar.

The plight of Pakistani theatre

She mentioned that it wasn’t the most promising time when Ajoka Theatre was born. The Zia regime was stomping on performing arts and this very challenge gave Ajoka its spirit. “At that time we did a play called Juloos. It showed glimpses of society during Zia’s time and a huge number of people visited my house to praise the performance,” she recalled.

However, things did not turn out for the better and Gohar and her husband Shahid Nadeem were soon sent to jail and subsequently asked to leave the country. “I have given my best in life to Ajoka Theatre. At that time, I never thought Ajoka will be an international theatre group,” she quipped. “Ajoka Theatre has provided quality entertainment for 32 years and with the help of my entire team I have been able to entice vast audiences around the globe.”

According to Gohar, lack of government cooperation to promote theatre has left the art staggering behind, in many ways. “The banning of films such as Maalik should be condemned. Freedom of expression is being taken away and all this is disheartening,” she said.

“The government should have stepped in earlier.”

For her, the ban brings to mind the policies of General Zia himself. “When Maalik got banned, I was reminded of the times we were struggling against Zia. And now it seems in all these years, nothing has changed.”