The govern­ment has deploy­ed troops to evacua­te people living on slopes or in flood-hit areas
By AFP
Published: May 16, 2016
Tweet Email 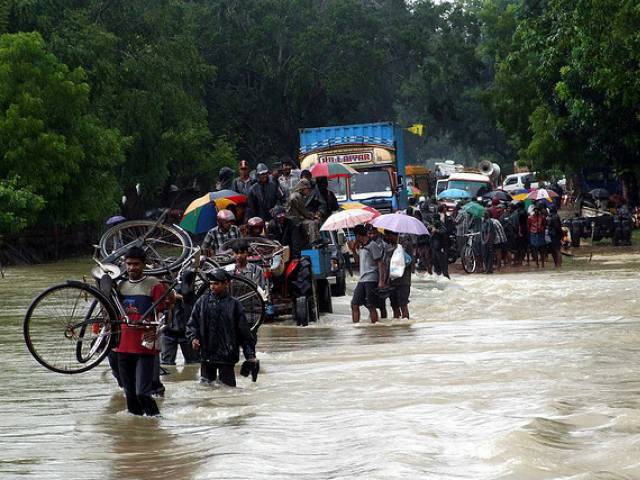 COLOMBO: Floods and landslides in Sri Lanka have killed at least eight people, including a 10-month-old baby, and forced tens of thousands more to flee their homes, officials said Monday.

The government has deployed troops to evacuate people living on slopes or in flood-hit areas and the navy is helping clear canals in Colombo to stop low-lying areas including the parliament complex from flooding.

Floods, landslides: Parliamentarians hit out at forest departments for failing to control deforestation

“We have placed troops at the disposal of the authorities to carry out rescue operations as well as relief work,” Defence Secretary Karunasena Hettiarachchi told reporters.

Thousands more have left flooded homes to move in with friends and relatives.

The official toll of eight could rise, with some areas still inaccessible after fallen trees and power lines blocked roads.

At least three flights were diverted from the main airport in Colombo on Monday and many schools in the capital remained closed.

It has warned of further severe weather due to a depression in the Bay of Bengal and says rain could continue until Wednesday.