Where have the sane Muslims gone?

Where have the sane Muslims gone?

Are they part of the silent majori­ty? Or the silent minori­ty? Are they even out there? Speak now or foreve­r...
By Saleha Riaz
Published: January 27, 2011
Tweet Email 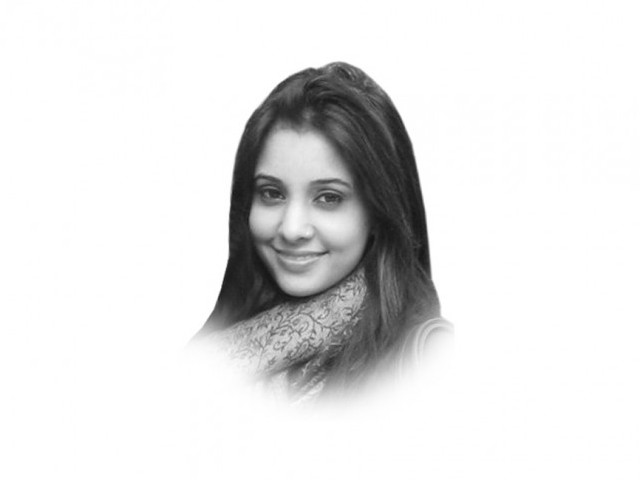 The writer holds a BA in history from the London School of Economics and is a sub-editor at The Express Tribune saleha.riaz@tribune.com.pk

Given the current polarisation of society, with the extremists who misinterpret Islam versus the liberals who want nothing to do with religion, are there any sane Muslims left? Do they still exist or are they an endangered, soon to be extinct, species?

Between Veena lovers and Veena bashers, where are those who say what she did was indeed wrong according to all possible Islamic standards — which makes her distinction between wearing shorts and ‘two-pieces’ null and void — but who also say that this in no way justifies tearing her to pieces in a public forum? Who say that, given she is a Muslim and a Pakistani, of course she is a representative of both these identities, but who understand that they cannot have control over everyone who represents them? Who know that being ‘open-minded’ doesn’t have to mean wearing jeans and drinking alcohol, it can also mean being open to debating the burqa?

Between the Qadri supporters and the Taseer lovers, where are those who say that perhaps both parties are wrong? Who while saying that Qadri was a lunatic, admit that Taseer was no saint either? Who say that while blasphemy laws are in desperate need of amendment, tweeting “tomorrow mullahs r demonstrating against me after Juma. Thousands of beards screaming 4 my head. What a great feeling!”, perhaps wasn’t the way to do it?

As someone who did a thesis on Benazir’s assassination, let me tell you, death does wonders for your public image. I am in no way condoning Taseer’s murder, but we must admit that death has a way of cleansing the sins of the deceased in the minds of the public the way nothing they could have done in their lifetime ever could. (Actually there is one thing that comes close: tears and being hounded by a TV anchor.) Again, I am not condoning his murder, I am just wondering why we cannot have an honest debate about his personality without being labelled an extremist.

And instead of milking society’s polarisation for all its worth, shouldn’t the media be trying to help find a middle ground? Or are media organisations with no agenda as endangered a species as the sane Muslim?

Between the Qadri lovers and haters, where do we fit in the mullahs who don’t spread hate in their sermons, who speak of peace and tolerance — yes, they do exist. For all those who want to pull an Ataturk and blow up all the mullahs — would they also blow up the good mullahs, because they assume that at some point they, too, will turn extremist? Or, just the way there are no good and bad Taliban, do they also believe there are no good and bad mullahs?

Between those who want secularism and those who want the Taliban, where are those who want neither? Who want to live in a just society where the true spirit of Islam is practiced? Not the way extremists — with agendas that have nothing to do with religion and everything to do with power — see it, but the way moderate and sane scholars see it. Who know that not once during the time of the Holy Prophet (pbuh) was the idea of an individual taking the life of another deemed an option — even in the case of the Holy Prophet’s (pbuh) uncle, who was considered one of his greatest enemies and who’s punishment in the Hereafter is vividly described in the Holy Quran.

Where are those who know that belief in one God is all it takes to be a Muslim, that everything else is secondary? Are they part of the silent majority? Or the silent minority? Are they even out there? Speak now or forever…