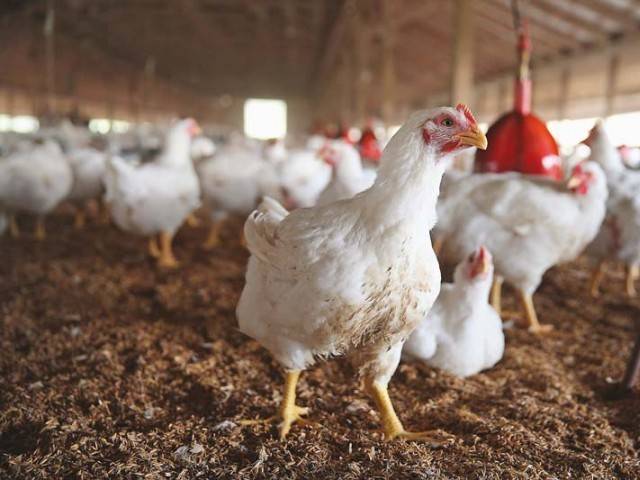 LAHORE: The Pakistan Poultry Association (PPA) has submitted its proposals to the Federal Board of Revenue for the 2016-17 budget, seeking exemption from regulatory duty on the import of grandparent chicks.

PPA Chairman Khalid Saleem Malik handed over the proposals to Inland Revenue Member (Policy) Rehmatullah Khan Wazir and told him that chicken production very much depended on this very small number of grandparents that were being imported.

In amendments introduced in November last year, tariffs were increased to raise additional revenue for the government and a 10% regulatory duty was levied on live poultry weighing less than 185 grams, which are essentially day-old grandparent chicks. Earlier, there was only 5% import duty, however, now in addition to the import duty, the poultry industry was also required to pay 10% regulatory duty.

He said there were only three genetic companies in the world, which produced these chicks and sold them at a very high price ranging from $25-30 per chick for the production of parent stock of females and males.

“The additional 10% duty will only increase the cost of grandparent chicks, which produce the parent stock, which in turn produces day-old chicks. These subsequently produce broilers which are consumed by the consumers,” said Malik. He also expressed concern over the 30% regulatory duty on the import of corn, which would further increase the cost of production of poultry products.

Malik pointed out that the poultry sector, which had embarked on modernisation with the help of imported plant and machinery which were subjected to zero import duty and zero sales tax, was now subject to 5% import duty plus 10% sales tax and 1% additional duty. “This has increased the initial capital cost substantially.”