‘I write because I want to make interesting films’

‘I write because I want to make interesting films’

Indian actor-direct­or Rajat Kapoor speaks his mind during Skype sessio­n at screen­ing of ‘Ankhon Dekhi’
By Our Correspondent
Published: May 9, 2016
Tweet Email 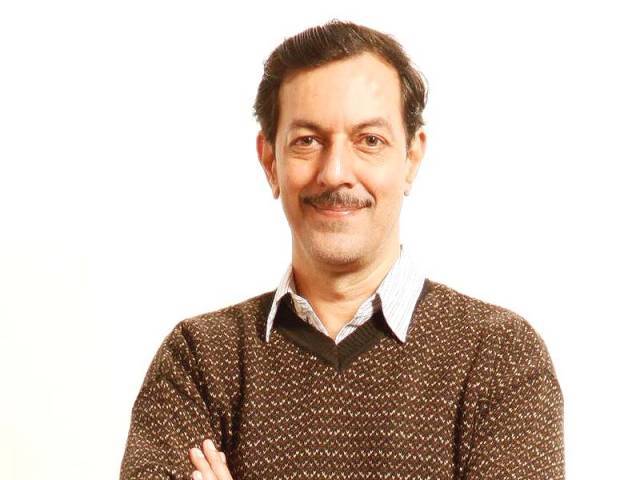 Part of Shaheed Zulfiqar Ali Bhutto Institute of Science and Technology’s Paish-e-Lafz festival, the screening was followed by the director himself joining the attendees for a Skype Q&A session, sharing his experiences.

Upon its release nearly two years ago, Akhon Dekhi garnered raving reviews from movie-goers and critics alike. However, exactly the way the film’s lead character Bauji would have wanted, the attendees got a chance to actually see for themselves what all the hype of about.

As expected, the audience was left in awe of the impeccable direction, concept and strength of the characters portrayed by the cast. Acting veteran Saba Hameed and film director Nadeem Baig were also present at the event.

The popular Indian stage and film actor was welcomed with rapturous applause when he first signed in, following the screening. During his interaction with the attendees, Kapoor opened up on why the movie took so long to complete. “Every film that I’ve made, and I’ve directed six so far, has always taken a lot of time to generate funding. I don’t make mainstream films with all these stars in them,” he shared, adding that his projects are rather different from what one usually sees on screen, as they are based on “whacky ideas” which take more time to plan, execute and release.

For a film which narrates stories of several interesting characters simultaneously, many in the audience were curious to know about the director’s inspirations behind the project. Kapoor shared that each character was purely fictional, and yet he could resonate with all of them on some level. “You never actually base an entire film on somebody you know. When anyone writes a film, they incorporate a part of them into the story,” he explained. “In some way or the other, I can relate to all my characters. Bauji exists in me, but so do Amma and Rishi chacha, for instance.”

Like several of his contemporaries, Kapoor directs and writes his own films. Elaborating on this element of multitasking, Kapoor stated that he doesn’t assume both roles to retain creative control or because he has trust issues, but because film-making has always been his passion. “Why would I give my scripts to others, when my only passion in life is to make films? I’m writing only because I want to make interesting films.”

Although only a weak Skype signal connected him with the venue, the Kapoor & Sons actor did not deprive the attendees of his sharp wit and incomparable sense of humour.

Having recently shared screen space with Fawad Khan, Kapoor was, inevitably posed with a question regarding the Pakistani heartthrob. “Normally girls ask this question, why are you asking this?” Kapoor laughed, adding, “Nevertheless, he [Fawad] is a great guy, brilliant actor and has a very gentlemanly vibe … but he’s married,” he added.

Baig commended his Indian counterpart for tackling a complex subject. “If you look at it, Ankhon Dekhi is a very scary film,” he said. “It is about a man who questions his surrounding and environment, all the while trying to formulate his own thoughts and ideas.” Hameed also shared that the film tugged at her heartstrings and that she could relate to it.