'Pakistan is world’s seventh most restrictive and protected economy'

'Pakistan is world’s seventh most restrictive and protected economy' 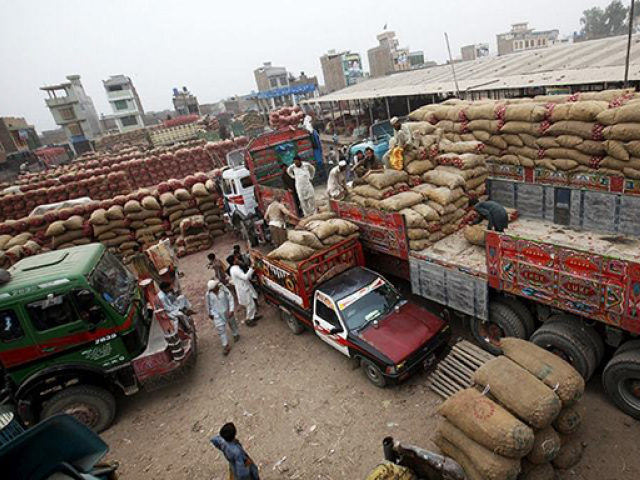 The government deserves praise for bringing stability and discipline to the economy.

The cynics may like to point out that it was more to the luck of the government than the policies that brought about the ‘economic space’ for the present government.

The fall in the prices of crude oil was a relief to countries like Pakistan that are energy deficient and spend considerable foreign exchange resources on oil.

Moreover, the present government subscribed to the International Monetary Fund (IMF) programme for accessing credit with stringent conditions that also brought about some semblance of fiscal discipline in the economy.

But despite all these efforts, the export sector is lagging behind. It was expected that low interest rates and reduction in energy prices would create a conducive environment for the country’s exports to perform well but current figures do not portray a very optimistic picture.

It is expected that the export figures for current financial year will be 14% less as compared to last year. The policymakers blame it on the global economic downturn due to slowdown in the Chinese economy that brought the commodity prices to downward spiral.

The World Bank, in its latest Pakistan Development Report, has discussed this issue and believes that it has more to do with the structural defects in the economy.

Pakistan’s export competiveness has diminished due to protectionist policies, poor infrastructure, and high transaction costs for trade. Consequently, Pakistan exports-to-GDP ratio is declining for the last two decades. It has reduced from 13.5 % in 1995 to 10.5% in 2015. This year it is expected to reach around 10%. Pakistan’s overall market share in global trade is also coming down and the country is losing its share at an average of 1.5% annually over the past decade.

Pakistan will be required to undertake some bitter policy prescriptions to address structural defects in the economy that would help its export sector improve its competitiveness.

One of the important areas of concern with the experts has been high import tariffs in Pakistan. Like many developing countries nascent protection is dear to the policy makers in Pakistan. In reality, it is limited fiscal space more than the protection of domestic industry that is responsible in contributing to high import tariffs. Pakistan relies considerably for revenue generation by taxing international trade. The share of import taxes to the total revenue collection of Pakistan is as much as 46%.

Pakistan is the world’s seventh most restrictive and protected economy, according to Overall Trade Restrictiveness Index compiled by the World Bank. The high tariffs have undermined the potential of Pakistan’s domestic industry in integrating with global value chain where global firms have fragmented their manufacturing processes to various geographical locations. According to the World Trade Organisation’s (WTO) estimate 35% of global trade is of intermediately and semi-finished goods and high import tariffs erode competitiveness of domestic firms in benefiting from global value chains.

Pakistan has also slipped in the ranking on the ease of doing business indicator. This has created further disadvantages for the export industry in Pakistan and enhanced their transaction costs.

The other important aspect for enhancing trade competiveness is the implementation of Trade Facilitation Agreement (TFA) signed by the WTO members in 2014.

WTO Secretary General Roberto Azvedo recently visited Pakistan and advised the policymakers to take ambitious positions in implementing the TFA provisions that could help Pakistan reduce trade costs as much as 13%. The WTO is of the view that TFA will have a much bigger impact than eliminating the import tariff globally. This would also help countries like Pakistan integrate with the global value chains.

To address the declining exports, the Ministry of Commerce has undertaken a number of initiatives for trade promotion. The recently held Textile Expo Pakistan brought textile buyers from major markets for Business-to-Business collaboration. The Commerce Ministry is also planning road shows in the Central Asian Republics to promote Pakistan’s exports to these regions.

Japan to step up textile imports from Pakistan

The aggressive trade promotion strategy without addressing the structural issues in the economy may not provide sustainable growth.