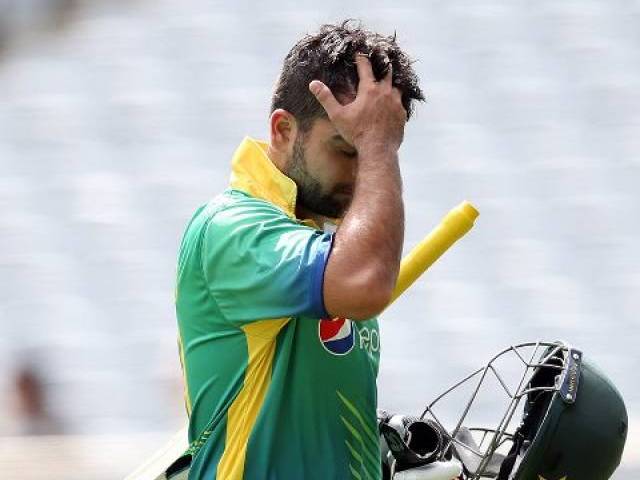 West Indies batsman Chris Gayle exhibited his funny side, yet again, on Wednesday when he trolled Pakistan opener Ahmed Shehzad on Twitter after the latter was left out of the 35-man squad for the England tour.

Shehzad had earlier announced he would be conducting a Q and A session on Twitter, asking fans to use the hashtag #AskAhmad.

Gayle, who is known for his tongue-in-cheek humour, didn’t let the opportunity slip:

Why not playing for Pakistan? Too much selfie again? :( #AskAhamad https://t.co/Mm9LYJZ1cO

However, Shehzad took it in good humour:

Gayle then heaped praise on Shehzad:

Lol. Pakistan missing out! Talented player you r, on and off the field. But let me take a selfie https://t.co/UHbgsC4lRm

Earlier on Tuesday, Kevin Pietersen and Grant Elliott tweeted to show their support for Shehzad, who was axed along with Umar Akmal on disciplinary grounds by Chief Selector Inzamamul Haq.

Gutted for, @iamAhmadshahzad! Playing the PSL, he was a standout batter & fun lad! How he doesn't get selected is beyond me! #PickTheBest

Surprised at the exclusion of @iamAhmadshahzad from the UK tour.Great team man and had a standout PSL,WC and recent domestic competition

About their exclusion, Inzamam said that the duo lacked discipline. “Shehzad and Umar don’t have enough performances and lack discipline,” he said. “Wherever there will be a disciplinary problem, we will take a step. And you should expect this selection committee to be a little stern on discipline.”

This article initially appeared on SportsKeeda