What the US stance on F-16s means for Pakistan

What the US stance on F-16s means for Pakistan

The US Congre­ss has decide­d “not to subsid­ise the sale of eight F-16s to Pakist­an"
By Muhammad Ali Ehsan
Published: May 4, 2016
Tweet Email 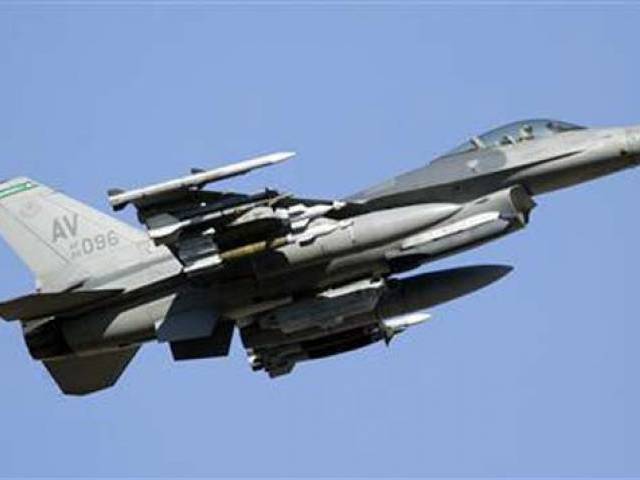 The US Congress has decided “not to subsidise the sale of eight F-16s to Pakistan“. This has been done to ensure that Pakistan does not allow militants to use its territory to carry out attacks inside Afghanistan. As reported by US magazine, Congress Quarterly, Senator Bob Corker “used his authority as chairman of the Foreign Relations Committee to stop the funding of this proposed sale to Pakistan”. Interestingly, when the senator was asked whether he would lift this hold his reply was that “he was waiting to hear from the US leaders in Afghanistan on the sale of F-16s to Pakistan”. What has the sale of F-16s got to do with the opinion of US leaders in Afghanistan? Carrying precision-guided munitions, the F-16s are a great asset to target terrorists’ hideouts in Fata. Their utility in the war on terror is uncontested but what the Americans are contesting, it seems, is the targets they don’t engage – the Haqqani Network. Ideally, the military and not political leaders in Afghanistan should be best placed to advise Senator Corker on the sale and utility of these aircrafts to Pakistan because the senator needs a military and intelligence assessment, and not a political assessment.

However, hearing what General John W Nicholson, commander of Nato forces in Afghanistan, had to say just after the deadly attack carried out by the Taliban on April 19 in Kabul, one can only claim that despite the losses suffered in over a decade-long war in Afghanistan, the Western military leadership in Afghanistan is wide off the mark in reading the character of the Afghan war and how it has evolved and taken its current shape. The general said, “Today’s attack shows that the insurgents are unable to meet Afghan forces on the battlefield and must resort to these terrorist attacks.” Why would the insurgents want to meet the Afghan forces in the battlefield? Why would they want to fight on the terms of the Afghan forces? They would, instead, want Afghan forces to fight on their terms.

This is not the first time that the US has delayed or stopped military aid or sales to Pakistan. In fact, this has been a preferred method of the American establishment to force a behavioural change – a method that hasn’t worked in the past and a method that is unlikely to pay any desired dividends in the future as well. So why is this method used repeatedly?

The US blockade of F-16s seems to be motivated by the latest attack in Kabul on a security agency responsible for protecting VIPs and senior government officials. In this attack, the blame for which is being put on the Haqqani Network, 64 people died and another 347 were injured. The Taliban, who after this attack described Afghan rulers as “slaves imposed on the Afghan people by John Kerry”, have no confidence in the unity government of Afghanistan and unless they are made a part of the political process, they will continue to launch such attacks to discredit the Afghan government and make it look weak. Before putting the blame of this attack on the Haqqani Network, the Americans would do well to read the ever-deteriorating security situation in Afghanistan, the contributors to which are not the Haqqanis alone.

In a piece in The Economist on April 23, titled “War in Afghanistan – Fresh Offensive”, it is stated that “the Afghan security forces suffered record casualties last year. On average, more than 1,000 soldiers and police were wounded or killed each month. Afghans lost more men in a single year than the Americans have in the whole war.”

Pakistan will get F-16s from other countries if funding not arranged, Aziz tells US

Can the blame for all these casualties be put solely on the Haqqani Network? Why is it then that every time the Taliban carry out an attack, the Haqqani Network gets accused? Is it because America’s newfound strategic partner in the region insists it do so? After all, India has its own interests in Afghanistan. These interests are more military than they are economic. Attacks on the Indian embassy in Kabul in July 2008, the consulate in Jalalabad in August 2013 and the consulate in Herat on May 2014, all indicate that in the turf war being fought in Afghanistan, Indian presence is unwelcome.

Pakistan’s concerns on its western front are plain and simple. It has repeatedly claimed that Indian consulates in Afghanistan are nothing more than “spying outfits” that are involved in aiding the separatist movement in Balochistan. India’s deep military role in Afghanistan is the cause of suspicion and concern for Pakistan. The request in 2013 by the Afghan government, to India, for the provision of fighter aircrafts, heavy weapons such as T-72 tanks, artillery guns and MI-35 attack helicopters, didn’t go down well with Pakistan. Knowing that it has no direct access to Afghanistan for heavy arms transfer, India, in 2014, signed a defence deal with Russia and Afghanistan to pay Russia for all heavy military equipment that Afghanistan may purchase from it. Already, the Afghan air force, which possessed only four aircraft at the end of 2011, boasts of over 100 aircraft, the pilots of which have been trained by the US at the cost of $5 billion. India also maintains a military base (the first of its kind) outside its territory at Farkhor Air Base in Afghanistan. The military purpose of this base is to supply high-altitude military supplies to the Northern Alliance. Indian fighter aircrafts, if based here, can reach Pakistan’s western frontier within minutes. Even the 900-km railway line being built between Indian-operated Chabahar port in Iran and Hajigak in Afghanistan has a military strategic importance as it enables transportation of military supplies from India to the Afghan heartland.

The pyramid of military hierarchy and authority in the Afghan army is already Tajik-heavy. Although they constitute 27 per cent of the Afghan population, they make up 70 per cent of the officers in the Afghan army. With the majority being trained in Indian military academies, is Pakistan’s concern regarding the Afghan military taking a pro-India stance and Afghanistan itself being developed into an Indian military garrison by India, far-fetched? It’s the Indian relationship that is acutely disturbing Afghan-Pakistan relations. Pakistan dreads military encirclement by India and thus, a weak and destabilised Afghanistan hosting anti-Pakistan militant groups may still be acceptable to elements within Pakistan rather than a strong and stable Afghanistan that is militarily allied to India.

Pakistan to decide how it wants to fulfil its defence needs: US

Blocking the sale of F-16s to Pakistan on the pretext of the country’s failure to target the Haqqani Network is a cosmetic US action that would have no bearing on the existing dynamics of the war in Afghanistan, which will continue to generate violent actions. It is normal for both India and Pakistan to accuse each other of fighting a proxy war and targeting each other with ‘their assets’ across the Durand Line. What is not normal is for US to take such actions as blocking the sale of F-16s to Pakistan based on the question of who is carrying out these actions without taking into consideration why the attacks are being carried out in the first place.