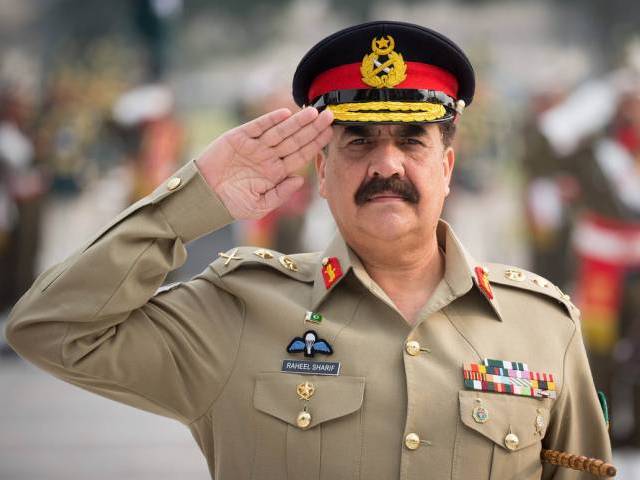 Army chief General Raheel Sharif signed on Tuesday death warrants of 11 Taliban terrorists who have been convicted by military courts of terrorism-related offences.

The ‘hardcore terrorists’ had been convicted of offences including killing and kidnapping civilians, attacks on the armed forces and police, and destruction of schools and communications infrastructure, said a statement issued by the Inter Services Public Relations (ISPR).

The condemned terrorists belonged to the outlawed Tehreek-e-Taliban Pakistan (TTP), the umbrella of terrorist groups responsible for most violence in the country.

They were convicted by military courts which had been established as part of the National Action Plan (NAP) against terrorism adopted in the wake of the December 2014 massacre of schoolchildren in Peshawar.

Before setting up the military courts through a constitutional amendment, the government had lifted a four-year moratorium on the death penalty. Hundreds of people have been executed since – 326 last year alone.

Muhammad Umar, Hameedullah, Rehmatullah, Muhammad Nabi and Maulvi Dilbar Khan were convicted of attacking the LEAs which had killed a senior superintendent of police Muhammad Hilal Khan, a colonel, Mustafa Jamal, and a captain, Ishfaq.

According to the ISPR, the convicts were also in possession of firearms and explosives. “The convicts admitted to their offences before a magistrate and a trial court,” it said.

Rizwan Ullah was involved in killing of a civilian, kidnapping of a Wapda employee and carrying out an attack in which an officer and a soldier were wounded. Gul Rehman was also involved in attacking the armed forces and killing a civilian and a soldier.

Muhammad Ibrahim was involved in attacking the armed forces and destroying Babu Chamtalai bridge which had resulted in the death of civilians and a soldier. He was also in possession of explosives.

Sardar Ali also involved in attacking the armed forces and destroying educational institutions. His activities had resulted in causing injuries and death of soldiers.  Sher Muhammad Khan was found guilty of killing a civilian and perpetrating attack, which resulted in the death of troops.

Muhammad Jawad was also involved in attacking the LEAs and killing a civilian. He had been apprehended with firearms, ammunition and explosives. He admitted to his offences before a trial court and was tried on four charges, said the ISPR.

Nacta yet to be made fully functional