Use of force has not solved Afghan confli­ct: PM’s advise­r
By Kamran Yousaf / Tahir Khan
Published: May 4, 2016
Tweet Email 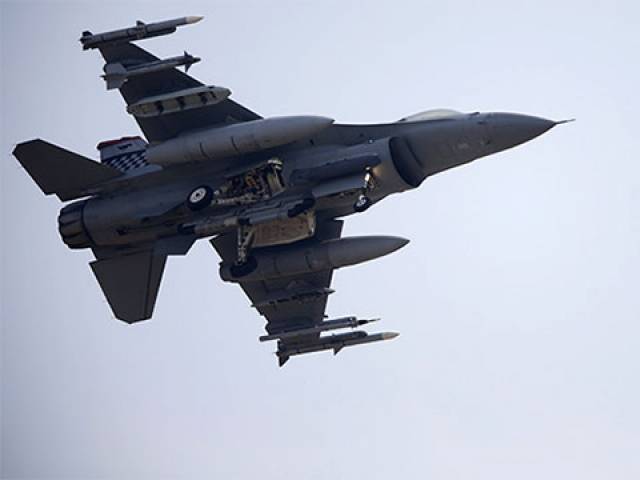 Pakistan has indicated it may buy F-16 fighter jets from somewhere else if financing for the state-of-the-art planes is not arranged as Washington told Islamabad it would have to finance the purchase itself.

Sartaj Aziz, the prime minister’s adviser on foreign affairs, admitted on Tuesday that arranging funds for eight F-16s Pakistan intend to buy from the US was an issue. “The US has decided to sell F-16s to Pakistan. The only issue is now financing,” Aziz told reporters at the Institute of Strategic Studies Islamabad (ISSI).

Pakistan will consult with the suppliers of F-16s regarding the alternates of financing. “If arrangement is made, we will buy F-16s from the US, otherwise we will have to look for planes somewhere else,” he added.

Aziz’s comments came a day after the US State Department said it had asked Pakistan to fund the whole purchase of F-16 fighter jets on its own.  “Given Congressional objections, we have told the Pakistanis that they should put forward national funds for that purpose,” spokesperson John Kirby told a weekly press briefing.

“As a matter of longstanding principle, the Department of State opposes conditions to the release of appropriated foreign assistance funds. We believe such conditions limit the president’s and the secretary’s ability to conduct foreign policy in the best interest of the United States,” he added.

Previously, Islamabad was supposed to pay only $270 million while the Obama administration was to pay $430 million in subsidy through the US foreign military financing budget for the fighter jets.

However, during a recent Congressional hearing, US lawmakers made it clear that they would not allow the Obama administration to use American funds for the deal. The decision to stop the subsidy came last week after hearing of a subcommittee on Asia and Pacific of the US Congress Committee on Foreign Affairs.

At the hearing, US lawmakers accused Pakistan of not doing enough to fight militants and expressed concerns that the jets could be used against India while also raising objections to using American taxpayers’ money to fund the sale.

“The air force allocated its share of $80 million for buying F-16s for the last three years,” he said, adding that Pakistan was now told that it could not use the funding to buy planes. However, the amount can be used to purchase other defence equipment, he said.

Aziz was of the view that F-16 jets were critical to Pakistan’s ongoing fight against terrorism in the tribal areas.

About Afghan President Ashraf Ghani’s recent statement, Aziz said the use of force could not solve the Afghan conflict over the past 14 years.  Ghani urged Islamabad on April 25 to take military action against the Afghan Taliban leaders, who, he claimed, were living in Pakistan.

Aziz, however, said political dialogue was still a good option to find a solution to the Afghan problem.

“Afghanistan wants another option should be used if peace talks do not start. That option has been used for 14 years but has not produced any result,” Aziz said. “Results cannot be achieved in four weeks but it takes time. I do not think any other option will bring peace to Afghanistan.”