An untouched genre: Sana Pirzada brings out gothic romance with ‘A Rose Within’

An untouched genre: Sana Pirzada brings out gothic romance with ‘A Rose Within’ 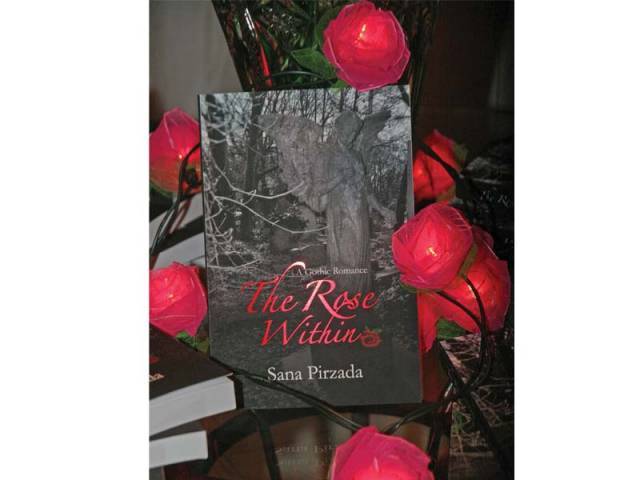 The novel was written over the span of a year and published in the UK. It was launched at Marriott hotel on Saturday. PHOTO: ATHAR KHAN/EXPRESS

KARACHI: Few Pakistani writers have focused on gothic romance and the genre has mostly been popular among authors and readers in the West.

In an effort to revive interest in this category of literature, lawyer Sana Pirzada discussed the creative process involved in writing her debut novel, A Rose Within. The book was launched at Marriott hotel on Saturday evening.

“I found it necessary to explain the background of this novel,” said Pirzada. “Few novels in this genre have emerged from Pakistan so I wanted to take readers on a journey to understanding gothic romance and its underlying philosophy.” A Rose Within was written over the span of a year and published in the United Kingdom.

According to Pirzada, the novel fuses characteristics from novels such as Bram Stoker’s Dracula and Daphne du Maurier’s Rebecca.

“It is the story of a literary critic named Jonathan, who travels from London to Newbury in England and settles in a house called Winter Grange,” she said. “He eventually falls in love with his landlady. But as time goes by, he realises that nothing is as it seems.”

Pirzada said that she read a large number of gothic romance novels to set the groundwork for her debut book. As a 12-year-old, the author read The Picture of Dorian Gray and was instantly drawn into its layers of mystery. “However, it was only after I studied gothic fiction that I realised the novel belonged to the genre,” she said. “With time, Andrew Lloyd Webber’s production of The Phantom of the Opera also inspired me to write the book.”

Pirzada found it difficult to decide on a suitable time period in which the story would take place. “Initially, I wanted to set the novel in the 1980s,” she said. “However, I gave up on the idea as a series of technological advancements [had taken place] during this period.” After careful consideration, she decided to set the novel between the two world wars as it suited her plot. “I also visited a few old manors in England so that I could describe the architecture with accuracy,” she explained.

Pirzada added that she plans to adapt the novel for a musical. “I have already written and composed the lyrics of two songs for this production,” she said.  According to her, A Rose Within will be received well in Pakistan as it explores universal themes such as mystery and suspense, which can never fail to entertain.