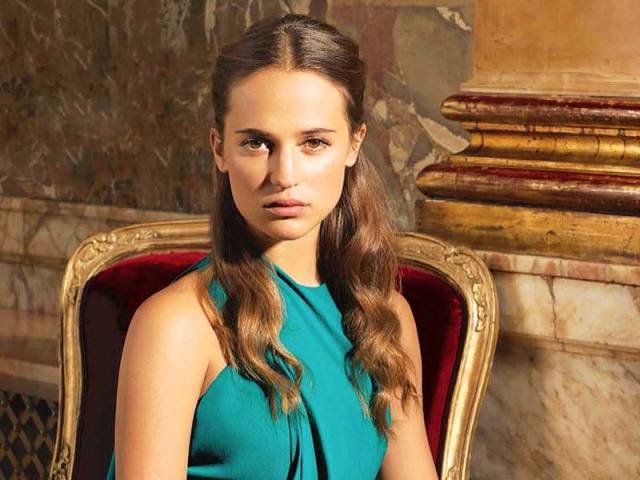 Alicia won an Oscar for her role in The Danish Girl. PHOTO: FILE

The latest in the franchise will be an origin story following the young Lara as she sets off on her first adventure with Norwegian director Roar Uthaug at the helm.

The original Lara Croft: Tomb Raider, released in 2001, was based on the 1996 video game, and Jolie reprised the role two years later for Lara Croft Tomb Raider: The Cradle of Life.

Neither film was a critical success, although Jolie was singled out for praise, but the original performed well at the box office, taking $275 million worldwide, while its sequel earned a respectable $157 million.

MGM, which acquired the film rights in 2012, has not officially announced hiring Vikander and the 27-year-old Swede’s London-based agent was unavailable for comment.

Vikander won a best supporting actress Oscar for her role as artist Gerda Wegener in 2015 biographical drama The Danish Girl.

She appeared the same year in British sci-fi psychological thriller Ex Machina wherein she starred as the humanoid robot Ava and for which she was nominated for a Golden Globe.

Born in Gothenburg in 1988, Vikander studied at the Royal Swedish Ballet School in Stockholm before injuries cut her dance career short in her teens.

She appeared in Swedish short films and television until her breakthrough role in the 2012 British adaptation of historical epic Anna Karenina.

She recently wrapped up filming for Jason Bourne, which will see Matt Damon return to the big screen as the amnesiac super-spy.