Javed Sheikh to produce two films under own banner

Javed Sheikh to produce two films under own banner

One of the movies will featur­e his son Shahza­d Sheikh in lead role
By Hassan Choudary
Published: April 27, 2016
Tweet Email 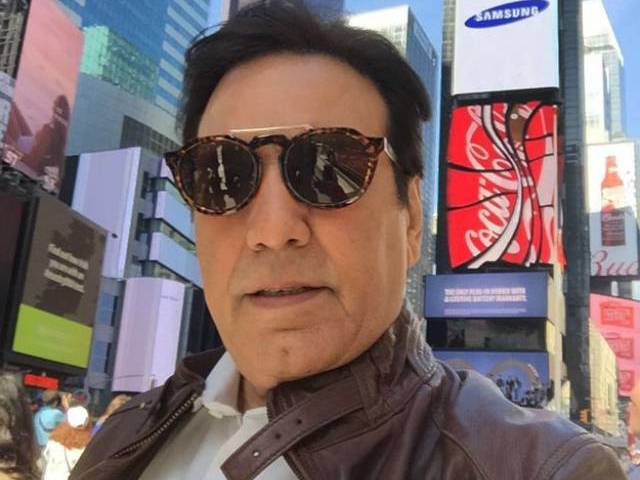 One of the movies will feature his son Shahzad Sheikh in lead role. PHOTO: Javed Sheikh

KARACHI: After enthralling audiences with his superlative performances in Wrong No. and Jawani Phir Nahi Ani, veteran actor Javed Sheikh is now all set to make a comeback to filmmaking.

While he had already announced last year that his next venture as a director would be titled Wujood — with the tagline: a violent love story — he has now disclosed that he’d be producing two films not one.

“The other film (besides Wujood) will be directed by someone else and will feature my son Shahzad Sheikh in lead role. Both films will be released under the banner of Javed Sheikh Films,” he told The Express Tribune. Although Javed sahab — who has previously directed films like Khulay Asman Kay Neechay (2008) and Yeh Dil Aap Ka Hua (2002) — did not reveal who the director of Shahzad’s film will be, he did say he would hold a press event soon to discuss the project.

The Sheikhs, Sabzwaris and more: How dynasties sustain showbusiness in Pakistan

Meanwhile, he is currently in Thailand where he is finalising the tunes for Wujood along with music composer Sahir Ali Bagga. When asked about his rather unusual choice of destination, Javed sahab candidly responded, “There’s something about the white sandy beaches and blue water there that gets one in the right state of mind.”

Wujood is likely to hit theatres in Jan 2017 and will be extensively shot in scenic locations abroad, including a long spell in South Africa.