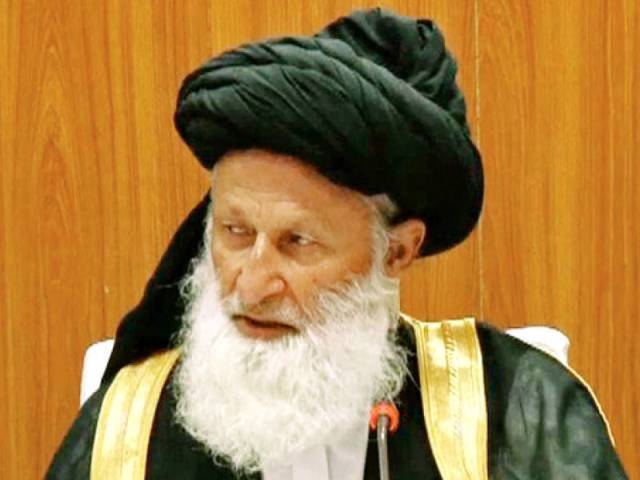 The proposition came through Council of Islamic Ideology (CII) Chairman Maulana Mohammad Sheerani at a seminar organised by the council on Tuesday. The conference was held to discuss the fundamentals of Islamic economy and the current problems facing the country.

“The economic system based on paper currency is not strong enough and silver and gold currency is the more acceptable medium,” believed Sheerani while addressing the participants.

He added the council would start a debate on introducing the silver and gold currency system in the country.

Sheerani, who is also a member of upper house of parliament from the JUI-F, claimed there was a dire need to introduce an international Islamic economic system. “It will be a positive sign when the debate starts internationally,” he said.

According to the religious scholar, there are three economic philosophies: capitalism, communism and Islamic. “The first two are based on human exploitation and their basic objective is to earn and to grow,” he believed. “In the Islamic economic system, however, the basic objective is to protect the human being.”

The seminar was attended by a large number of people as 25 religious scholars were invited to speak on the topic.

The CII chairman said the basic objective of the seminar was to create awareness about Islamic laws.

The gold dinar coin was used throughout much of the Islamic world from the 8th century onwards and survived in parts of Africa until the 19th century. No country, except some parts of Indonesia and Malaysia, use the Islamic currency in the modern world.