Japan has its own disput­e with China in the East China Sea over uninha­bited island­s that it admini­sters
By AFP
Published: April 26, 2016
Tweet Email 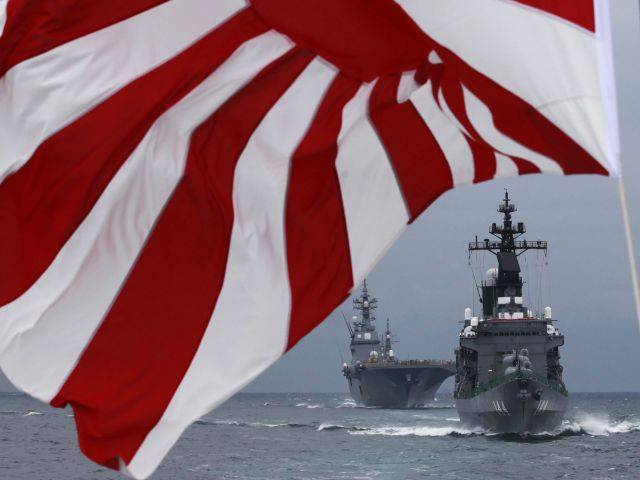 SUBIC BAY, PHILIPPINES: A Japanese warship sailed into a Philippine port near disputed South China Sea waters on Tuesday in another sign of deepening security ties between the World War II foes to counter Beijing.

Tensions in the South China Sea — through which one-third of the world’s oil passes — have mounted in recent years since China transformed contested reefs into artificial islands capable of supporting military facilities.

The Japanese destroyer Ise docked in Subic Bay while on a “navigational training” mission, the ship’s captain said.

It marked the second time in just over three weeks that Japanese naval vessels visited Subic, a former major US naval base that lies around 200 kilometres (125 miles) from a Chinese-controlled shoal.

“We want to deepen the relationship with the Philippines,” Ise Captain Masaki Takada told reporters, who were given a tour of the vessel.

Takada declined to say whether the Ise had been in contact with Chinese naval vessels during its voyage.

The Philippines, a US security ally with a severely under-equipped military has been seeking to strengthen ties with Japan as tensions mount over the disputed waterway, almost all of which is claimed by China.

Aside from the Philippines, Vietnam, Brunei, Malaysia and Taiwan also have overlapping claims.

Japan has its own dispute with China in the East China Sea over uninhabited islands that it administers but that are also claimed by Beijing.

In February, Japan agreed to supply the Philippines with military hardware, which officials said may include anti-submarine reconnaissance aircraft and radar technology.

Ise’s Philippine visit was the third by Japanese military vessels this year.