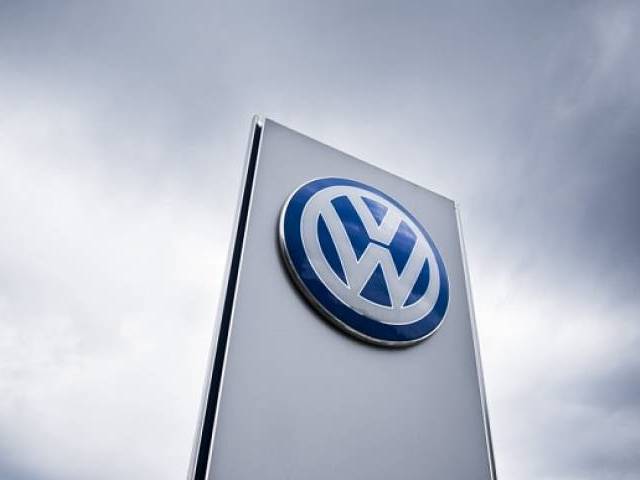 FRANKFURT: Major names in the auto industry found themselves caught in headlights of a global engine-rigging scandal on Friday as the Volkswagen supervisory board totted up the costs for the embattled German car giant.

As VW’s supervisory board met to approve the carmaker’s 2015 accounts, newspaper reports suggested the group may set aside more than 16 billion euros ($18 billion) in provisions to cover possible regulatory fines, lawsuits and the cost of recalling or replacing the suspect engines.

VW was already forced to postpone publication of its full-year results in the wake of the scandal that erupted in September, when it came to light the German group had installed so-called “defeat devices” into 11 million diesel engines worldwide.

Any news from Wolfsburg, where Volkswagen is headquartered, is expected to cap a dramatic week for the global automobile sector, where two other big names — Daimler and Mitsubishi — similarly found themselves accused of possibly cheating on engine readings.

Late on Thursday, Daimler — owner of Mercedes-Benz — announced that it was launching an internal investigation, “into its certification process related to exhaust emissions in the United States upon the request of the US Department of Justice (DOJ).”

Daimler insisted it was “cooperating fully with the authorities.”

“Daimler will consequently investigate possible indications of irregularities and of course take all necessary actions,” it said in a short statement, which sent its shares into a tailspin on the Frankfurt stock exchange on Friday.

And in Asia, Mitsubishi Motors suffered a disastrous week that has seen its shares plunge more than 40 percent after its shock admission that it also cheated, on fuel-efficiency tests.

The transport ministry sent officials to raid a company research and development centre for a second day on Friday, a ministry official told AFP.

Mitsubishi said it would halt production and sales of the affected models — mini-cars sold in Japan including many made for rival Nissan — and warned that the number would likely rise, as it looks to vehicles sold overseas.

And on Thursday, France’s biggest automaker PSA Group said its premises had been raided by the country’s anti-fraud squad as part of a government probe into emissions after “anomalies” were found in three vehicles.

For its part, VW reached an agreement with US regulators to offer US owners of some 480,000 illegally polluting diesel cars options of “substantial compensation” and to fix the cars, or to buy them back.

The German giant had faced a court deadline for solutions to the emissions scandal and San Francisco district court judge Charles Breyer said the agreement in principle would give owners of its 2.0 liter diesel cars choices for compensation which also included cancelling the contracts for those under lease.

The offer, which will likely cost Volkswagen billions of dollars, also included creation of a fund for environmental protection, the company said at a court hearing.

Details of the proposal between Volkswagen USA, the Department of Justice and the Environmental Protection Agency were not immediately released.

But it appeared to be enough to allow Volkswagen to avert a huge trial over how it would deal with the scandal that has already deeply damaged the company.

The so-called “dieselgate” scandal led to the departure of VW’s chief executive Martin Winterkorn has already set aside six billion euros in provisions, but the final sum is expected to be much higher.

The German giant, which has abandoned its ambitions of becoming the world’s biggest carmaker ahead of Toyota in the wake of the scandal, has already started recalling some eight million vehicles affected in Europe.

The scandal has greatly tarnished the reputation of a company once regarded as a paragon of German industry, even if group unit sales already seem to have stabilised.

The recall operation in Europe is expected to take all year. And while VW is footing the bill, it is not expecting to have to pay European owners compensation, much to the chagrin of consumer protection groups.

It was the US Environmental Protection Agency (EPA) and the California Air Resources Board (CARB) that originally broke the scandal.

And negotiations with the US authorities have proven much tougher than in Europe.

Another bone of contention in Germany recently has been the question whether VW’s top executives should be entitled to their normally very generous annual bonuses in the wake of the scandal.