"Andrew Jackso­n had a great histor­y, and I think it's very rough when you take someon­e off the bill"
By AFP
Published: April 21, 2016
Tweet Email 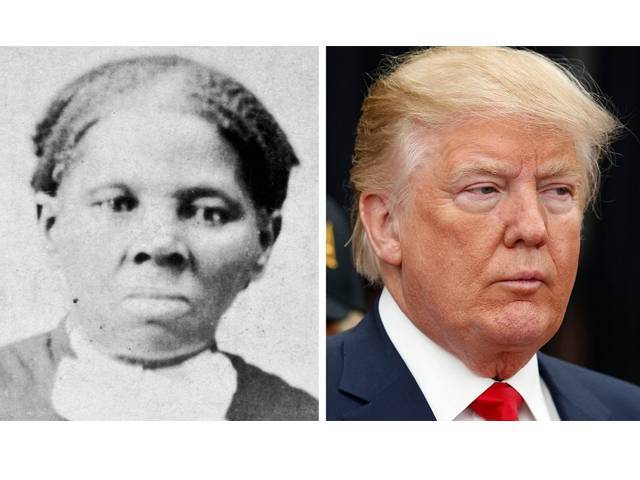 WASHINGTON: Republican presidential frontrunner Donald Trump said Thursday he opposes placing an image of one-time slave Harriet Tubman on the $20 bill, saying she should grace the rarely used $2 note instead.

“Andrew Jackson had a great history, and I think it’s very rough when you take someone off the bill,” Trump told NBC‘s “Today” show when asked about the US Treasury’s plan to remove the 19th century president and make Tubman the first African-American to be featured on American currency.

Citing Jackson’s “history of tremendous success for the country,” Trump said it would be nothing but “pure political correctness” to displace him from the widely used note.

“Maybe we do the $2 bill” for Tubman, Trump added. “I would love to see another denomination, and that could take place. I think it would be more appropriate.”

Treasury Secretary Jacob Lew on Wednesday announced a sweeping redesign of the US bills to be unveiled in four years.

They will also protect Alexander Hamilton’s central place on the $10 note, once thought threatened until Broadway’s hit hip-hop musical “Hamilton” made the 18th century US finance chief a modern-day star.

“I love Harriet Tubman. I love what she did, but we can find another way to honor her,” Carson, who is black, told Fox Business. “Maybe a $2 bill.”

Republican US Senator Lamar Alexander, from Jackson’s home state of Tennessee, took issue with the one-or-the-other nature of the Treasury decision.

“It is unnecessary to diminish Jackson in order to honor Tubman,” Alexander said in a statement.

“Jackson was the first common man to be elected president. He fought to save the Union.”

Jackson was a southern slave owner and general who was president from 1829 to 1837.