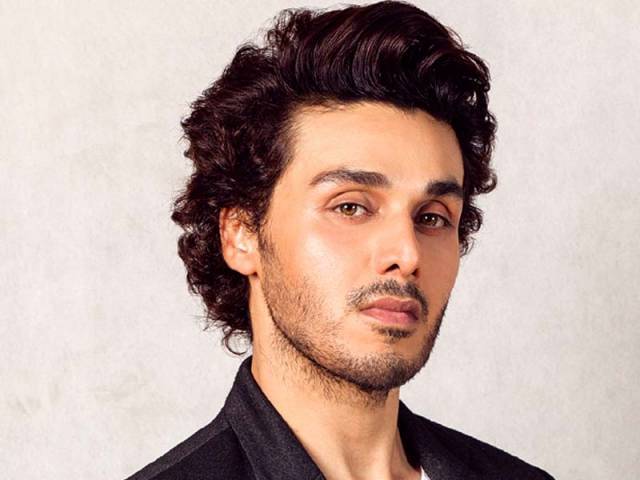 Khan also has his own production company that is currently working on two film projects. PHOTO COURTESY: MUHAMMAD SAMI

After fiddling with hosting, stage performances and even modelling, Ahsan Khan is back to film business. His latest silver screen venture, Chuppan Chuppai, is being directed by Mohsin Ali and will release by the end of this year.

The film that also stars Talat Hussain, Sakina Samoo, Javed Sheikh, Rehan Sheikh and Neelam Munir is a light-hearted comedy revolving around a group of friends, who commit blunders that eventually build a connection between them. Chuppan Chuppai has been shot entirely in Karachi, at locations such as Saddar, Dhoraji and even Kati Pahari. 80% of the filming is already complete.

Apart from showcasing his skills in front of the camera, Khan also has his own production company that is currently working on film projects. “Two films are being produced by my production house that I run with my partner Mairajuddin. Though the names have yet to be decided, one script will be written by Amna Mufti and the other by Mohsin Ali,” he shared.

Ahsan Khan to tickle your funny bone in ‘Chupan Chupai’

Khan is of the opinion that people usually venture towards film production for two reasons: they are either genuinely passionate about the work, or are merely interested in minting money. However, the actor believes it’s not necessary for financial incentives alone influence a professionals to expand their horizons in a particular field. “I believe that when you work in this field, you need to invest in it, otherwise it won’t grow. I have been so involved in acting that I don’t always find the time to produce films. Now with a helping hand in the form of Mairaj sahib, I can do it.”

With numerous Pakistani actors making their way across the border to work in Bollywood productions, Khan too expressed willingness to take up an Indian project, given that it is worth his while. “Bollywood offers are there but I won’t settle for average stuff. When I sign a project, it will be something different and nice.”

Touched and humbled that Indian people are loving us: Ahsan Khan

Beside films, the actor has lately been the talk of the town for the negative role he is essaying in drama serial Udari. It focuses on the evil of child abuse. “My role has been very well-received,” he added. Contrary to the role he plays, in real life Khan is remarkably humble and strongly believes in giving back to the society. During Udari’s shoot in Mirpurkhas, the actor had a few water-pumps installed to provide locals with easy access to clean water. He also plans on establishing a make shift school that will cater to primary education needs of children living in the outskirts of Defence, Karachi.