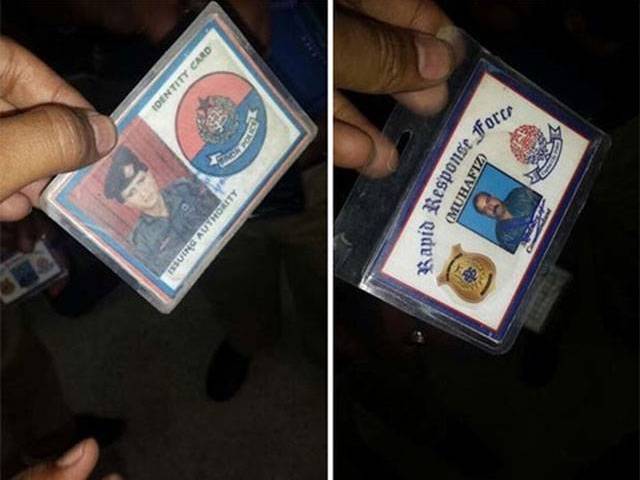 The attacks took place within 600 metres (650 yards) of each other near a market, a senior police official said.

“One took place at the three policemen who were escorting a polio team, the policemen were on foot when they were attacked,” said the official, Ali Asif. “In the second incident, four policemen in a police van were targeted.”

“The policemen sacrificed their lives to protect the polio workers,” he told a private TV channel.

Abdul Kareem, an official in Abbasi Shaheed Hospital where the bodies were taken, also confirmed the casualties.

Following the attack, polio workers called off the vaccination drive despite the home minister’s order for it to be continued according to schedule.

A four-day polio vaccination drive was launched in all six districts of Karachi, Hyderabad and Kotri tehsil of Jamshoro on Monday.

The ‘sub-national polio supplementary immunisation campaign’ in Karachi, being supervised by the emergency operation centre (EOC) for polio, was formally launched by commissioner Asif Hyder Shah when he administered polio drops to children at a maternity home in PIB Colony.

A total of 6,200 health workers were to perform their duty in Karachi’s 188 union councils. To ensure their security, the police provided 5,000 personnel.

In January, a suicide bomber blew himself up outside a polio vaccination centre in Quetta, killing at least 15 people, mainly police, officials said.

The policemen had been gathering outside the centre to accompany polio workers on the third day of a vaccination campaign which are frequently targeted by Taliban and other militant groups in Pakistan.

Moments after the attack, a high-level meeting announced Rs5million reward to the person providing information on the attackers.

“I am approving Rs5 million reward for the person who would give information about the killers,” the chief minister said, while also announcing Rs2 million for the kin of each killed policemen, and two jobs for their heirs according to their qualification.

Shah also asked the Sindh IG to continue the salaries of the fallen policemen and “count on them as if they are among your force”.