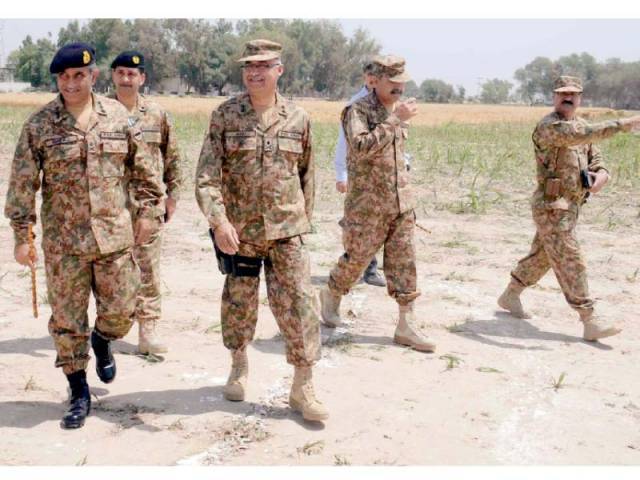 Helicopter gunships launched the final assault Monday night to flush out gangsters from their island hideout after a deadline given to them to surrender and release hostages expired.

The army has installed a steel bridge to transfer heavy machinery and forces to the island of Kacha Jamal, in Rajanpur district of South Punjab. All other routes to and from the island have been sealed with curfew still imposed in specific areas. Only one-hour breaks are being allowed in the morning and evening for residents to come out of their houses.

In view of the final assault, emergency has been declared in all hospitals of Dera Ghazi Khan, Rajanpur and Rahim Yar Khan.

Private boating has also been banned in the Indus River as surveillance drones and helicopters consistently monitoring the area. Mobile phone services remain suspended in most of the areas of Rajanpur.

To review the situation before the final assault, Multan Corps Commander Lt Gen Ashfaq Nadeem and Punjab IGP Mushtaq Sukhera visited the frontlines of the ongoing operation from the command centre set up in Kacha Sonmiani. The operation codenamed Zarb-e-Ahan was launched towards the end of March by the Punjab police and the paramilitary Rangers to purge the Kacha Jamal area of criminal gangs.

The military took over the operation command after the outlaws killed seven policemen and abducted another 24 while holding up positions against almost 2,000 personnel.

Since Friday, helicopter gunships have been strafing the hideouts of gangsters without any positive outcomes. The security forces have been giving priority to saving the lives of the hostages.

A high-profile meeting of military commanders decided Monday to launch decisive action after all efforts to negotiate with the gangsters failed. An artillery regiment from Multan corps was shifted on the frontline for the final operation.

Meanwhile, the post-mortem reports of some abducted policemen killed by the gangsters reveal the victims were tortured before they were shot dead. Several bodies bore cuts from sharp objects.