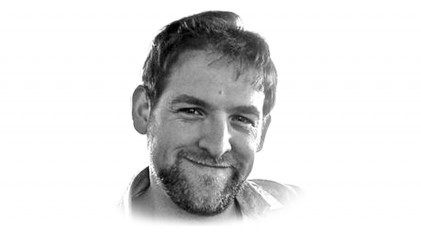 The writer is a freelance broadcast and print journalist (george.fulton@tribune.com.pk)

Whatever the result in tomorrow’s UK general election one thing is certain: politics in Britain has changed irrevocably. Forget ‘Bigotgate’, a distraction that will recede in the public memory quicker than a Gordon Brown speech, the defining story of this election was the introduction of the American style TV leaders’ debates.

The first debate catapulted the Liberal Democrats and their leader, Nick Clegg, into the public consciousness. Overnight a rather ho-hum campaign had produced a seismic shift in British politics. The century old Labour and Conservative duopoly crumbled and a genuine three horse race emerged. Conservatives and Labour campaigns vainly attempted to respond to counter this new threat but it was too late.

Despite electoral boundaries that favour Labour, the Conservatives are likely to win the most seats tomorrow night, but not necessarily enough to form a majority government. Civil servants in Whitehall are feverishly preparing for the first hung parliament in 36 years. Nick Clegg could then become the de-facto kingmaker — agreeing to form a coalition government with the Tories on the condition of electoral reform. For too long the world’s oldest parliamentary democracy and its first-past-the-post (FPTP) electoral system has been showing signs of age.

It made sense when the electorate voted primarily for the main two political parties. In 1945, 95 per cent voted for the two largest political parties. However, now 30 per cent of the electorate routinely votes for neither Conservative nor Labour. If this election does produce a hung parliament even the old argument that FPTP produces strong governments devoid of unstable, continental style coalitions will become redundant.

It’s apparent the British electorate has evolved. No longer do they identify with the narrow alternatives presented by the two parties of government. Electoral reform in the guise of proportional representation will at least address the increasing plurality of Britain’s voters. If the UK is thinking of abandoning its first past-the-post system in favour of proportional representation (PR), shouldn’t we in Pakistan look to do the same? After all we inherited this antiquated, unrepresentative system from them.

If anything we have a far more diverse electorate than the UK — linguistically, religiously and ethically. We already have PR for the minority and women in the form of reserved seats. Why not vote for the elected seats using PR as well? With provincial assemblies providing regional representation and an increasingly fluid, transient electorate do we really require local constituency representation on the national stage? How often do we meet with our National Assembly members in their constituency?

By cutting direct ties with constituencies PR may weaken the grip held by waderas in rural areas, freeing up the electorate to choose the party that promises to really benefit them. The current system favours the establishment parties, inflating their representation in the National Assembly. Of the 270 elected seats in the last election, the PPP won just over 30 per cent of the popular vote. Under PR this would have given them 83 seats, instead they won 97.

The PML-N won just under 20 per cent of the vote but won 71 seats. Had they been contesting the election under PR they would have won a more modest 53 seats. Meanwhile, FPTP hinders parties such as the PML-Q. Although they won 23 per cent of the vote in 2008, more than the PML-N, they only won a measly 42 seats. With PR they would have had 62 MNAs. Is the political establishment willing to consider such reform? It’s unlikely.

For the leading political parties it would be the equivalent of bakras voting for Eid. But if we are truly going to represent the diverse opinions and views of the Pakistani people it must be put on the electoral agenda. At the very least we should require our leaders to hold prime minsterial debates at the next general election. Only young, intelligent candidates should apply.