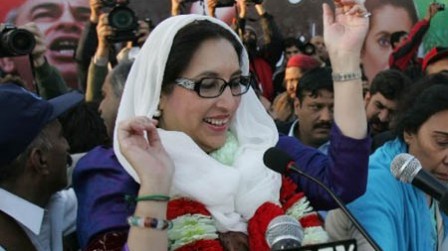 Benazir Bhutto addressing a rally minutes before she was assassinated. (AFP)

The members of the commission are: Abdul Rauf Chaudhary, Major General Sajjad Ghani and Fiaz Tore.

Meanwhile, Prime Minister Syed Yousaf Raza Gilani has said the government will not spare the killers of Ms Bhutto. The prime minister was addressing parliamentarians in the National Assembly.