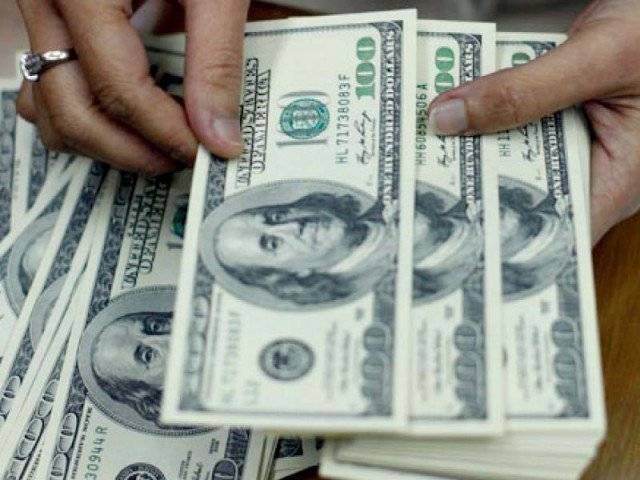 ISLAMABAD: If remittances from overseas Pakistanis cross $18 billion in fiscal year 2015-16 and the foreign exchange loss due to the imbalance in external trade stands at more than $20 billion, the government would have to think about the steps required to fill the gap.

Pakistan regularly faces such a gap between the incoming and outgoing foreign exchange, but sometimes it proves to be more acute. In the 1990s, the country had opted to freeze the foreign currency accounts to tackle the situation.

The net deficit of $20 billion will appear if exports stand at around $25 billion and imports at $45 billion. The gap between this deficit and the remittances will thus be $2 billion and this will pose a challenge to the public finance managers.

The International Monetary Fund (IMF) might point out to Islamabad that its history of economic reforms is not so brilliant that could encourage the fund to continue to help bridge the foreign currency gap the country has faced over the past four decades. In an attempt to boost the revenues, governments have in the past increased the excise duty on imports of luxury goods. But such steps have been causing distortion and have jeopardised the goals needed to be achieved through other measures in the fiscal process.

The governments have always resisted the temptation to declare default in periods of widening gap between the inflow and outflow of foreign exchange. The next extreme measure is the freezing of foreign currency accounts, but it will not be feasible after the debacle of 1990s, when the freezing of accounts put the Nawaz government’s reputation as a fiscal manager at stake.

Now, what step the government will take to jack up foreign currency earnings instead of acquiring soft loans, deferring crude oil payments or emergency fund injection from the strategic partners?

I don’t think that the money to fill the foreign currency gap will flow from the IMF as the government has delayed implementation of the required reforms.

The government could float new international bonds or look for acquiring foreign exchange on an emergency footing. But that is not a sustainable way. Another step is restricting the undocumented flow of remittances, but that too would be difficult, given the involvement of certain quarters that transfer money to Pakistan for illegal purposes.

It would be appropriate that experts launch a debate to look into the situation and find out a plausible way. However, they should be provided all details like actual gap in foreign currency flows, how it was met, which instruments worked the best, which measures could not help, where Pakistan stands today, which organisations offer help, which of the donors have withheld assistance and why.

It should be remembered that the governments of Nawaz Sharif and Pervez Musharraf had been flagging the reform and development balancing measures designed by experts of the private sector. They were also paid heavily to frame such packages. Pakistan needs a realistic and honest package before the budget for 2016-17 is announced in June.